Recruiting participants from around the globe to self-monitor their senses could help researchers get to the root of why coronavirus patients experience anosmia. 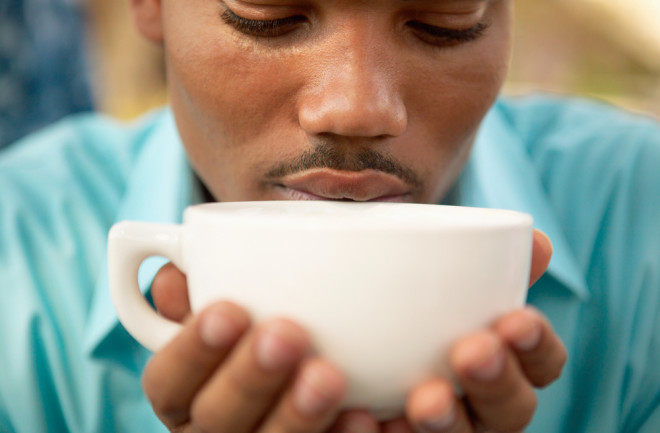 If you’re getting bored in quarantine, here’s a fun new hobby to try: sniffing stuff in your kitchen. Two international projects are asking ordinary people to rate the scents of household items in order to gather data on one of COVID-19’s more mysterious symptoms: anosmia, the loss of the ability to smell.

It’s still unclear to scientists how widespread anosmia is among COVID-19 patients, which typically causes a fever, dry cough and difficulty breathing. And whether it can be a useful way to track the spread of the disease is still to be determined — leaving researchers eager to gather as much data on the symptom as possible.

Danielle Reed, a geneticist and associate director of the Monell Chemical Senses Center in Philadelphia, does most of her research on the sense of taste. But on March 20, she and a colleague were emailing each other about the need for scientists to better understand smell loss in COVID-19. Their conversation quickly snowballed.

“It was … a tsunami of an email,” Reed says. Over a 12-hour period, she says she received about 150 responses as her colleagues looped each other in, forming an open group of scientists, clinicians, and patient advocates.

Their efforts evolved into the Global Consortium for Chemosensory Research, or GCCR. The GCCR created a questionnaire available in 28 languages for people who have or recently recovered from upper respiratory infections, including COVID-19. Participants are asked to pick four household items from a list and rate the intensity of their odor and taste over time. The goal is to see how the novel coronavirus affects smell and taste and whether these symptoms are specific enough to the condition to be used as diagnostic criteria. Other respiratory diseases, including the flu, can also cause smell loss, though patients often just attribute this to a stuffed-up nose. And the GCCR’s questionnaire isn’t the only tool helping researchers learn about smell loss due to the novel coronavirus. Neurobiologist Noam Sobel’s laboratory at the Weizmann Institute of Science in Israel has developed a similar survey called SmellTracker.

A Scientist’s Brush With Anosmia

Like the GCCR questionnaire, SmellTracker asks participants to choose household items like peanut butter, vinegar and tea and report how strong they smell and how pleasant the odors are. By coupling this information with a checklist of flulike symptoms and asking participants to retake the questionnaire every couple of days, the researchers are able to monitor changes in a participant’s sense of smell in relation to other signs of COVID-19. The questionnaire aims to make smell loss easier for people to notice so they can keep their doctors informed of their symptoms.

“Typically, people are not very good at describing their own sense of smell,” says Sobel. But the practice of tracking smells came in handy for Lavi Secundo, a former postdoctoral researcher at Sobel’s lab who now resides in London, when he came down with COVID-19 himself. Once he started feeling sick, he says, “Immediately, I started tracking my sense of smell by smelling various things around the house and filling out the form on SmellTracker.” At first, Secundo’s sense of smell remained normal. But a few days after his flulike symptoms started to clear up, he lost his sense of smell.

“I went back and filled [out] SmellTracker, and everything was blank,” says Secundo. He tried sniffing cumin, bleach, garlic, vanilla — nothing. “It was like smelling air.”

Since Secundo is a neuroscientist who’s studied olfaction, he had insight into the different kinds of smell loss that he was experiencing.

After a few weeks, though, his sense of smell slowly returned. Five weeks later, he’s almost back to normal. “It was a weird experience, it was definitely not fun,” he says. “When you lose [your sense of smell], you understand how important it is.”

How You Can Help

Both the GCCR and SmellTracker studies are actively seeking participants. If you have or recently recovered from any kind of upper respiratory illness, you’re eligible for the GCCR study; whether you’re healthy or not, you can participate in the SmellTracker questionnaire.

The researchers are hoping to get hundreds, if not thousands, of responses from around the world.

Sobel says that on an individual level, tools like SmellTracker help patients manage their own health, but drawing conclusions about the symptom at a broader level will only be possible if the researchers gather large amounts of data.

Reed says it’s been inspiring to see the global scientific community come together to better understand COVID-19. “People have just left behind their ideas about territoriality and science and are just working together. It’s an amazing thing.”