How Dehydration Can Kill You in a Matter of Days

When the human body is deprived of water, things go downhill quickly. 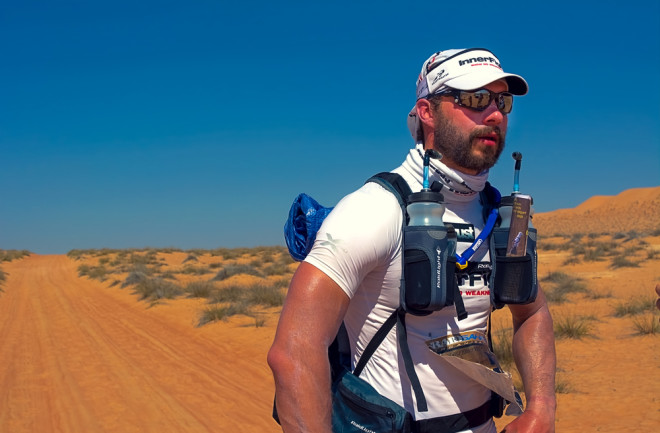 In 1994, 39-year-old Mauro Prosperi went missing in the Sahara Desert while running the Marathon Des Sables, a 155-mile race across Morocco. Prosperi signed on for the six-day ultra-marathon to enjoy the sights of the desert and to spend time in nature. But when a sandstorm hit on the fourth day and sent him off course, he got much more than he bargained for — 10 consecutive days wandering through the desert in the sweltering heat.

Prosperi was eventually found alive, severely dehydrated and 181 miles off course in the neighboring country of Algeria. He told the public that he had only survived by carefully rationing his food, drinking his own urine and drinking the blood of scavenged wildlife for sustenance. He had dropped 35 pounds during his time in the desert and spent the next two years recovering from the effects of severe dehydration on his body.

While Prosperi's story is extreme, and rare, it illustrates just how important water is to our biological processes — and how desperately we need it to survive.

Our bodies are made up of anywhere from 60 to 70 percent water. Lose just a little bit of it, and that can cause serious consequences, says Stavros Kavouras, a nutrition professor and specialist in hydration research at Arizona State University.

Kavouras says that scientists measure dehydration as a percentage of water weight lost. For example, if a person weighs 100 pounds at the beginning of an exercise regimen and then weighs 99 pounds immediately after, researchers can conclude that the individual lost 1 percent of their body weight — measured as 1 percent dehydration.

On average, a person can sweat as much as three to four pounds per hour if they're exercising in a hot environment, says Kavouras. And in the lab, “we've studied up to 6 percent of body weight lost through dehydration,” he adds. Any more than that, however, and the effects can be extreme.

“When you get to the 5 percent threshold and beyond that, you start feeling all the symptoms of dehydration but much more amplified: You're more exhausted, you have more of a headache, your mood is much worse,” he says. Some people might even exhibit more odd symptoms, such as feeling very cold, getting goosebumps or shivering. These are signs of severe dehydration and possibly heat stroke.

Because researchers can't ethically test the effects of severe dehydration on human subjects in a lab, they draw on stories like Prosperi's to understand what happens during dehydration — and how long we can survive without water.

“Unfortunately, we've learned based on accidents like people getting lost on long hikes or in desert races that your kidneys eventually shut down and stop working,” Kavouras says. “Because you don't drink anything, your body starts conserving water and decreasing urinary output. Eventually your kidneys fail.” In Prosperi's case, he sustained extensive damage to his liver from his time in the Sahara, but his kidneys were somehow still functional.

Heatstroke is another cause of death among people who get lost or exercise in extreme environments, Kavouras says. “Heatstroke doesn't only happen when you get dehydrated,” Kavouras says. “But dehydration is a major factor in developing heatstroke. When you're dehydrated, your body gets hotter faster and you develop heatstroke to a greater extent.”

So how long is it possible to survive without water? The answer isn't clear cut, Kavouras says. Water loss is measured in percentages, and the higher percentage of water lost the more extreme the effects of dehydration. Factors like temperature or the amount we pee or sweat will influence how much water we lose and how quickly we lose it.

“A person might survive 10 days without water, maybe longer, if they're lying in bed in an air-conditioned room,” says Kavouras. “But if you're in a marathon race or hiking in the Grand Canyon, and you keep sweating and losing fluids, then you'll get more severely dehydrated, and faster. It's more a measure of percentage and not just time without water by itself.”

Given those influences, Kavouras says, most medical textbooks consider a loss of 11 or 12 percent of water incompatible with life — a bit surprising, given that the human body is made up of so much water to begin with. “Even though we still have a lot of water in our body, we can't really lose very much of it,” he says. “It's just such a critical component of daily function.”