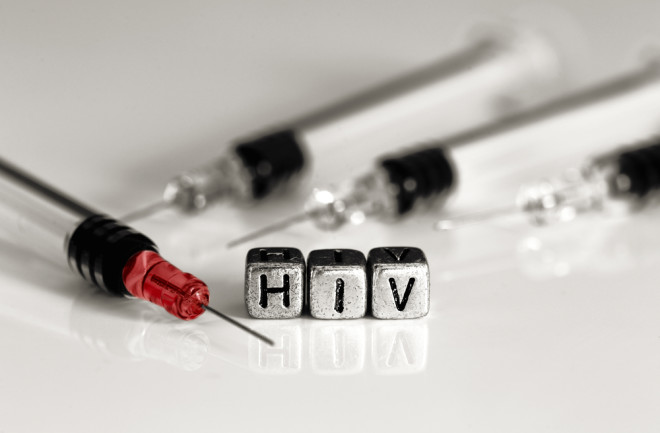 Just over a decade ago, researchers announced a first: They had cured a patient of HIV. Known as the Berlin patient, Timothy Ray Brown had needed a bone marrow transplant to treat his acute myeloid leukemia. Doctors used the opportunity to replace his bone marrow using stem cells from a donor with gene-based HIV immunity. It worked: Brown’s leukemia was cured, as was his HIV. More recently, in 2019, a second patient, this time being treated for Hodgkin’s lymphoma, was similarly cured in London.

But although these are the most famous stories where patients have been cured from HIV, their treatments represent just one option of many new approaches for tackling the virus — and one of the least widely applicable. It’s too invasive and too risky to conduct a bone marrow transplant on someone who doesn’t already have cancer that requires the procedure — especially considering most patients with an HIV diagnosis and access to care can effectively control the disease with drugs. In fact, a patient on antiretroviral therapy, or ART, today has the same life expectancy as a person without HIV.

Other new approaches show promise for more effectively treating, and yes, someday curing, HIV. This is especially important since not every patient responds well to ART — including those who suffer brutal side effects like bone loss and weight loss, as well as liver, kidney or heart problems. “[With ART], you’re putting an incredible amount of responsibility on the patient to ask them to take these drugs every day for the rest of their lives,” says Ryan McNamara, a virologist at the University of North Carolina at Chapel Hill.

The Challenge of HIV

The reason why HIV is so hard to cure in the first place has to do with the way the virus can hide in the body. When the virus attacks, it incorporates itself into the DNA of the cell — its genome. From there, it hijacks the cell’s internal workings to replicate itself, making more HIV virions which will go on to attack more cells. This is where antiretroviral drugs can step in, blocking certain parts of this process.

But sometimes HIV attacks, incorporates itself into the genome, and just … waits. There, latent, it’s safe from the immune system — and from antiretroviral drugs. Recent research suggests this is an adaptation the virus has for thwarting detection. “It goes into hiding, and no amount of drugs we currently use are going to find it,” McNamara says.

One new strategy to get around this involves shocking the latent viruses out of hiding. In 2020, researchers effectively achieved latency reversal in both mice and rhesus macaques in the lab. By treating the animals with a small molecule called AZD5582, they could trigger cellular pathways that activate the virus, making it visible to antiretrovirals. There are at least three clinical trials now underway to test the effectiveness of latency reversal agents in humans.

This is a more elegant approach than the bone marrow transplant that cured the Berlin and London patients, which McNamara likens to the scene in Jurassic Park where the team hopes rebooting the system will solve their problems. And although a transplant with HIV-immune cells could, in theory, clear out and rebuild the entire immune system, it still wouldn’t help against any HIV hiding out in what are called immune-privileged sites.

“When you’re nuking the immune system, you’re not hitting that latent reservoir,” McNamara says. “Then you have a real problem on your hands. As soon as the immune system is replenished, the virus can wake up and things can go south very quickly.”

Another approach — which is perhaps theoretically, but not yet practically, possible —  is to use CRISPR gene editing tools to edit HIV genes out of the genome. So far studies have only been conducted in mice, but if gene edits that happen in undesired locations (known as off-target effects) could be kept at a safe minimum, the technique could one day be used in humans.

Antibodies to the Rescue

Perhaps the most promising avenue of all in HIV research, McNamara says, is that of broadly neutralizing antibodies. These naturally occur in the immune systems of a small fraction of HIV patients whose infection never progresses to AIDS. Researchers are studying how to harness them to treat other patients.

HIV is mutation-prone, which allows it to thwart the immune system — and retroviral drugs — that are made to target specific versions of the virus. For most patients with HIV, this means their immune system is always in hyperdrive, struggling to ward off a moving target. “It’s a nonstop war between the virus and the immune system,” McNamara says.

But some patients have a special type of antibody that is continually effective. “When it comes to broadly neutralizing antibodies, the virus is never able to win,” McNamara says. “The antibodies have it check-mated.”

Though latent reservoirs are still an obstacle to them, broadly neutralizing antibodies show a lot of promise when it comes to keeping the virus at bay — in particular, ensuring that the infection never progresses to AIDS and that its transmission risk is low. Some researchers are examining how they can be used both to treat and prevent HIV, while others are looking at how a combination of neutralizing and non-neutralizing antibodies may even have some effectiveness against latent cells.

A Jab for HIV?

“A lot of people ask me: When are we going to get an HIV vaccine? And I tell them well we already have them, they’re just not that great,” McNamara explains. “I think that we’ve been spoiled rotten with these COVID vaccines that are 90 to 95 percent effective … they almost raise the bar on immunology as a whole.”

Researchers have been searching for an HIV vaccine for decades. The main barrier has been finding one with a high enough effectiveness rate for pharmaceutical companies to want to invest, and the FDA to approve. Right now, a lot of vaccine trials turn up with something like 40 percent effectiveness, McNamara says. That just doesn’t cut it.

In addition to antibody therapies, McNamara says he’s most excited about the way the field is progressing now that stigmatization of HIV infection has gone down.

“It seems like trust has been built up between the HIV-AIDS community and the medical community. And this took a long time,” McNamara says. “In the early days of the HIV epidemic in the early 1980s, it was ugly. It was really ugly. And it took a lot of effort by a lot of people — including Anthony Fauci — to rectify a lot of those wrongs.” He says that new sense of communication and trust is something he looks forward to. “If you don’t have trust, then you can’t do clinical trials. You can’t implement any new drug regimens.”

As for how close we are to a cure for HIV? “If you were to have asked me that 10 years ago, I might have said never,” says McNamara. “But I’ve changed my view in the last 10 years. I do actually think we’ll see a cure within my lifetime.”

How broadly and quickly we can deploy that cure is another question — having a cure, or having a vaccine, is different from implementing it worldwide. Edward Jenner discovered the smallpox vaccine in 1796, the last smallpox outbreak in the U.S. was in 1949, and the disease was declared globally eradicated in 1980. Jonas Salk developed the polio vaccine in 1952, there have been no cases in the U.S. since 1979, but the disease is not quite eradicated globally. How fast will HIV disappear once we have a vaccine?

“I don’t think we’ll eradicate HIV in my lifetime,” says McNamara. “But I would imagine that even by the end of the decade we might have reproducible results where we cure some patients. Doing it on a consistent basis? Probably another 10 years. I think the technology is there.”