At-home colonoscopy alternatives are gaining popularity. Here's what to consider. 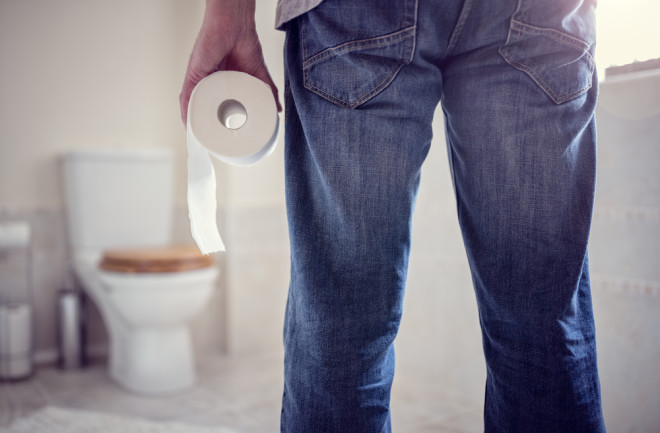 Having a doctor send a tube outfitted with a camera up your butt isn’t anyone’s idea of a fun afternoon. But the procedure, better known as a colonoscopy, is the main way adults in the U.S. check to see if cancer may be growing in their large intestine or rectum.

Uncontrolled growths in this part of the digestive tract are the third most fatal cancer in the U.S. At the same time, colonoscopies and other tests can help people and their doctors catch potentially-cancerous bumps and remove them before they become more life-threatening. Research suggests that getting colorectal screenings and having growths cut out can reduce the odds that someone grows cancer in this area and dies from it by about 50 percent.

Before the pandemic hit, about 65 percent of the population eligible for screening was getting tested. It took years of public campaigning and programs to get the testing rate that high, says John Carethers, the chair of the department of internal medicine at the University of Michigan Medical School. The pandemic is denting that progress. In the spring of 2020, the number of people getting colorectal screening was 86 percent lower than expected for those months. The drop-off will likely come with serious consequences. Research predicts that just six months of altered colorectal and breast cancer screening patterns could lead to 10,000 extra preventable deaths from the two cancers within a decade. “This is unbelievable,” Carethers says.

Theoretically, other testing options could let people screen for colorectal cancer in the comfort of their own bathroom. But whether or not those testing options fit someone’s needs — or is accessible to them — depends on a few details.

Weighing All Your Options

Basically, two at-home colorectal screening options are in use, Carethers says. The fecal immunochemical (FIT) test detects blood cell proteins in your poop, as a growing lump or rough patch might bleed into your bowel movements. The second take-home test option combines blood protein detection with DNA analysis. Cancerous growths hold cells with mutated DNA, and as the cells fall off into the intestines, they can leave your body along with your poop.

The success of these at-home tests depends on the poop and whatever a bowel movement delivers. Colonoscopies, on the other hand, let doctors see the inside of your body and scan for signs of cancer. If a medical professional sees something suspicious, they cut it out right then and there, Carethers says, making colonoscopies the only screening that treats cancer, too.

Because at-home screening options are less perceptive compared to colonoscopies, the FDA says they need to happen more often. Patients can go up to 10 years between colonoscopies. FIT tests have to happen annually, while DNA tests must be done every three years. And depending on your insurance, these testing schedules might determine how expensive your colon screening protocol is. A FIT test is under $20 dollars and each DNA test is about $500 to 600, Carethers says. The colonoscopy itself is $800 to $2,500 — and since one test can last a decade, it could be a less expensive screening system than using DNA tests every three years.

Another catch to consider with at-home tests: Any positive results will send you into the doctor’s office to get the growths removed. If you have insurance, the plan may not cover the visit, Carethers says. Some plans only pay for preventive care, meaning they’d fund your at-home tests or your colonoscopy visit. If the insurance doesn’t cover treatment or diagnostic services, people with a positive at-home test could end up paying for a colonoscopy out of pocket.

Even if the FIT or DNA tests accomplish less than going in to get a colonoscopy, they’re still valuable options, Carethers says. “If you screen even with the less-expensive tests, you save lives.” Besides, colonoscopies require an entire day and for someone to drive you to and from the test, resources not everyone has.

That being said, people looking to get screened during the pandemic won’t necessarily have an easier time with at-home tests. People don’t necessarily know how to follow the procedures, for example. The DNA test makes people capture an entire bowel movement, while the blood-based screener requires pre-flushing the toilet, saving your used toilet paper and other steps that a person might not be in the habit of doing in the bathroom.

If someone isn’t comfortable going through the protocol or can’t figure it out, the exam might not be successful. And that’s assuming adults can get their hands on a test. Some are available only by prescription, Carethers says, and others require mailing tests, samples and results back and forth. And if someone has a positive result, they have to go into the hospital anyways.

Some of these challenges — test access, navigation and follow-up — are more likely to happen for Black, Hispanic and Native American patients compared to White patients. According to data from 2018, 69 percent of White patients between 50 and 75 years of age were up to date on their colorectal cancer screenings. However, 66 percent of Black patients, 59 percent of Hispanic patients, and only 56 percent of Native American and Indigenous Alaskan patients were. The lower screening rates are particularly problematic in populations at a higher risk of getting the cancer, too. Black patients, in particular, are about 20 percent more likely to be diagnosed with colorectal cancer and 40 percent more likely to die from it.

Differences in socioeconomic status explain some of the discrepancies. People with higher incomes and education levels are more likely to get screened, and those with lower socioeconomic status are less likely to have generous insurance coverage. However, even after accounting for the influence of age, gender, education, family income, insurance, and number of doctor visits in the previous year, research found that physicians were less likely to inform Black patients of the need for a colorectal cancer screening test than they were to tell White patients. And in a study comparing follow-ups after positive screening results, Black patients were 10 percent less likely to have had the needed colonoscopy within a year than White patients.

Some racial and ethnic differences in screening rates had started to even out in recent years thanks to intentional efforts from health departments, Carethers said. For example, programs that provide public health workers or other medical workers who talk to patients and help people clear the logistical hurdles of scheduling and completing tests can significantly boost follow-through.

But Carethers worries the pandemic-induced backslide in testing rates will hit racial and ethnic groups differently, just as the virus itself has. “COVID was a dis-equalizer for everyone, but will probably re-widen the disparity we were working so hard to close,” Carethers says. Whether or not at-home screening options could reverse Carethers’ prediction remains to be seen.