When a teenage girl starts developing facial hair and her voice starts to deepen, doctors think it might be a hormonal imbalance from PCOS. But further tests point to another culprit. 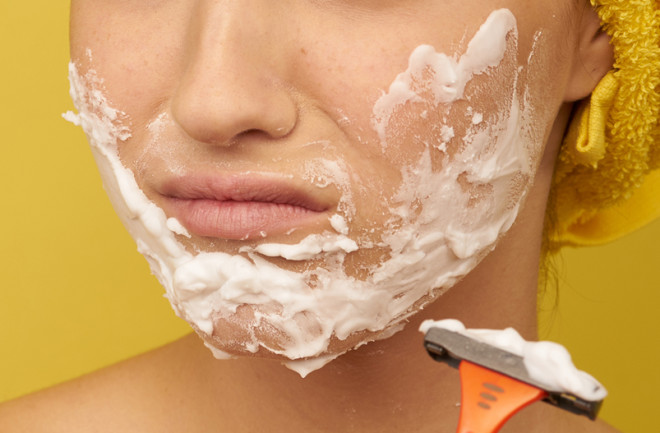 Sydney’s morning routine didn’t start like her girlfriends’. She stood in front of a bathroom mirror, splashed her face with warm water, squirted a dollop of shaving cream on her palm, lathered up her face and began to shave.

Until recently, Sydney’s face was hairless, like any other teenage girl. The whiskers had begun as a few strands on her chin. She shrugged it off. Her grandma and aunts had some hair on their chins, too. Perhaps this was just part of growing up, she thought.

But now it was impossible to ignore — it had become a beard. When she skipped a morning shave, her classmates noticed. They called her “bearded lady” and “circus freak.”

Her only remaining joy at school was choir, but even that was losing its fun. A promising soprano, Sydney usually was chosen for solos. But recently the choir director had passed her over. “It’s weird,” she says, her voice unusually deep for a 17-year-old girl. “Over the last few months, I had to change sections. Now I sing tenor with the boys.”

She sat slumped on the exam table, her eyes downcast. I could see stubble on her chin and cheeks, as well as tufts of dark hair peeking out of her button-down shirt. Sydney was also gaining weight, had bad acne and hadn’t had a period in months.

At Sydney’s first visit to our clinic a year ago, she complained of similar symptoms. The doctor checked her hormone levels. He discovered that the teen’s insulin and testosterone levels were higher than normal. This suggested she had polycystic ovarian syndrome, or PCOS, a common endocrine disorder in women. PCOS causes hormonal imbalances leading to enlarged dysfunctional ovaries and complications like irregular menstruation, infertility, excess body hair and acne.

He advised a standard regimen of exercise, a healthful diet and a drug called metformin, which helps the body’s insulin work more efficiently. But despite taking her medications, reducing sweets and hitting the gym daily, Sydney was heavier and hairier when I examined her. And her menstrual periods had gone from infrequent to none.

It’s pretty rare for a teenage girl’s periods to stop. Causes can be pregnancy, stress or rapid weight loss. Other possibilities are an autoimmune disease, drugs (primarily antipsychotics and steroids) or hormonal imbalances resulting from glandular disorders.

A urine test showed Sydney was not pregnant, and other than bullying, she couldn’t identify any big stressors happening before her period had stopped.

PCOS could explain her hair growth, weight gain, change in periods, even the change in her voice. But Sydney’s symptoms were extreme. A teen girl’s voice might be hoarse and soft from acid reflux or from strain after speaking too much. But that would not make the voice deep, like a boy going through puberty.

When considering all her symptoms, it seemed as if Sydney were developing into a man.

I still suspected Sydney had PCOS, but I wanted to be absolutely sure. I sent her back to the lab for more testing than she’d had during her visit the previous year. The next day, the lab tech called, concerned.

Most of the test results were in the normal range, but one stood out. Her testosterone level was sky high, way beyond a patient with PCOS. It was more than four times higher than an average man’s. I initially thought it was a mistake. Maybe the lab’s machinery malfunctioned, or Sydney’s sample got mixed up with another patient’s.

Few conditions could cause such a dramatic surge of testosterone, but I had a hunch. I called Sydney in that afternoon for an ultrasound of her belly, which confirmed my suspicion: Perched on her left ovary was an abnormal mass, likely an ovarian tumor.

Most ovarian tumors in teenagers result from cells and tissues of the ovaries growing unchecked. Teens can have several symptoms, such as poor appetite, constipation, frequent urination and stomach pain or bloating — a result of the mass pressing on other organs. But even before the tumors grow large enough to create discomfort, they can secrete sex hormones like testosterone or estrogen, causing exaggerated symptoms of puberty.

Sydney’s eyes widened and her mouth dropped when I told her the news. “A tumor is doing this to me?” she murmured. “You mean I’m not just supposed to have a hairy chin like my aunties?”

Her mother sat quietly as I explained the next steps: prompt surgery to remove the mass, along with the attached ovary and fallopian tube. We would then examine it to see if it was an ovarian tumor and cancerous.

Later that week, Sydney was in surgery, placed in an anesthetic slumber as the surgeon cut into her lower abdomen and delicately removed the softball-sized mass. He placed it in a metal dish for transfer to a pathologist for detailed inspection. The pathologist’s evaluation clinched the diagnosis — a Sertoli-Leydig cell tumor.

In the fetal state, both sexes have cells that eventually develop into sperm cells for males and egg cells for females. Sertoli-Leydig tumors develop from these early embryonic cells.

A Sertoli-Leydig tumor creates abnormal development of testicular cells, which can cause a female to develop features typical of a male, such as facial hair. Kapitula Olga/Shutterstock

The tumor is composed of cells normally found in the male testicles — Sertoli cells, which help nourish sperm as they develop, and Leydig cells, which secrete testosterone and other typically male hormones. It is created by abnormal development of the testicular cells. These tumors account for less than 1 percent of ovarian tumors in females and less than 1 percent of testicular tumors in males.

Most females diagnosed with such a tumor are in their teens or 20s; it’s usually not cancerous and does not return or spread beyond the ovary. But it can release huge amounts of testosterone, telling a genetically female body to develop features typical of a man — body hair, a beard, a deep voice.

A few months after her operation, Sydney returned for a follow-up visit. Her tumor was benign, so she didn’t need chemotherapy. Her scars were healing, and she was thankful to still have her right ovary, leaving open the possibility of natural motherhood someday.

Her testosterone had returned to the normal levels of a teenage girl, and she was having regular periods. Her face was free of acne and whiskers.

Since she no longer needed to shave, Sydney’s razor was relegated to the back of the bathroom cabinet. And with her bullying classmates chastened by news of her tumor, the daily taunts had stopped.

During our visit, Sydney told me about an upcoming concert by her high school choir. “I was picked for the soprano solo,” she said, beaming.

She was back to hitting the high notes.