How A Stomach Acid Could Help Cure Cocaine Addiction 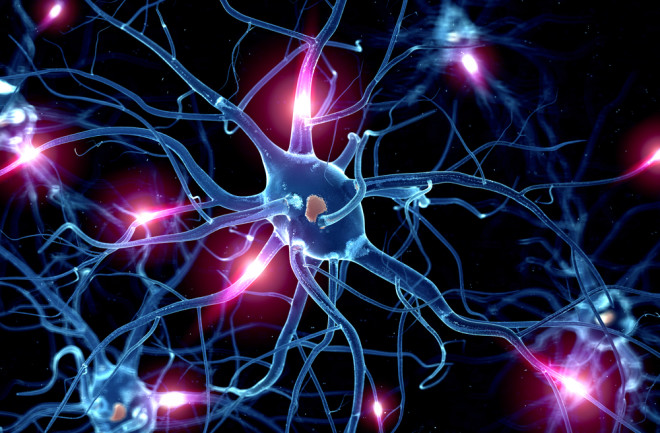 (Credit: Sebastian Kaulitzki/Shutterstock)When it comes to studying cocaine addiction, one group of researchers has stomach acid on their brains. In a paper published Thursday in PLOS Biology, researchers find that a surgery that diverts some bile acid into the bloodstream seems to cut back cravings among mice with a cocaine habit. It’s a nifty angle on a pernicious problem, but it’s also another piece of evidence that bile acid, a compound produced by our digestive systems to help break down fats, also plays an important, though little-researched, role in the way we think. That’s because when I said the researchers have bile acid on the brain, I meant it literally. Most bile acid remains within the digestive system, cycling from liver to gall bladder to small intestine. But, a small amount will make it into the bloodstream, and eventually, to the brain. Research in recent years has shown that bile acid can easily cross the blood-brain barrier and, once it’s inside, interact with specialized receptors to influence neural processes. Researchers now argue that, instead of a digestive compound, bile acid should be classified as a steroid hormone

— a shocking twist for something once thought to be used solely to digest food. But it’s based on a growing body of evidence that shows bile acid interacts with our brain and can influence the way we think in some situations. Others studies have even shown that a type of bile acid might be produced by cells in our brains in small quantities. Its cognitive influence could extend beyond our thoughts, as well — some studies have shown that it could also help to protect against a range of neurodegenerative diseases

A previous study found that mice who had received a surgery that altered the path of bile acid through the gut and diverted some of it to the bloodstream showed a marked decrease in their preference for fatty foods, even when they were readily available. The researchers found that bile acids seem to interact with the dopamine reward system in our brains that lights up whenever we experience something pleasurable — fatty foods and cocaine both qualify. But bile acids dampen the dopamine response, meaning that the mice get less enjoyment from them. The result is a marked drop-off in interest. Here, the researchers did the same thing as in the food study, but with a far more enticing stimuli. They gave cocaine-addicted mice the surgery increasing bile acid concentrations and watched their behavior afterward, finding that they reduced their drug-seeking behavior in the aftermath. Looking at their brains, they found lower levels of dopamine after a cocaine hit, an indication that the treatment had reduced the pleasurable effects of the drug. Further tests with a molecule that mimics the action of bile acid in the brain returned similar results, indicating that it could be a potential treatment for addicts. Bile acid is already approved by the FDA for therapeutic use in humans, too, substantially easing a path to market.

For researchers, it’s another demonstration of the strength of the gut-brain connection, and a reminder that our brains are subtly affected by a vast range of chemicals and systems not immediately obvious to us. Bile acids, for example, could help with weight loss and other conditions where a dopamine rush leads us to make bad decisions. Why bile acids perform two very different functions in our bodies is a bit of mystery. The fact that they both break down fats and seem to help us regulate cravings for them is intriguing, though no definite links have been found between the two yet. And, in any case, bile acid also seems to protect our brains against degeneration, something completely separate from digestive processes. There are some hints that the compound might also serve to protect brain cells against diseases like Alzheimer’s, Parkinson’s and ALS by decreasing rates of cell death. There’s little research in that area, though, and researchers aren’t even completely sure how bile acids interact with our brains yet.