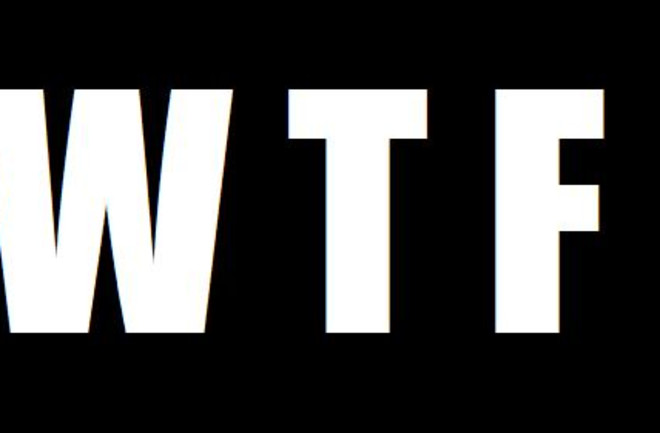 Breast cancer is caused by sexual frustration. Women should ditch their unsexy husbands and find a real man to satisfy them if they want to reduce the risk of the disease. That's according to An Essay on Sexual Frustration as the Cause of Breast Cancer in Women: How Correlations and Cultural Blind Spots Conceal Causal Effects, a piece that was published today in The Breast Journal. Wtf. Really -

Endocrinological processes are important targets in breast cancer research. These processes are also important in human sexual behaviors. I hypothesize that these processes are capable of adjusting or distorting biological active forms of speci?c sex hormones depending on experienced sexual stimuli. These aberrantly metabolized sex hormones will ultimately lead to breast cancer. ...My thesis is that breast cancer is essentially caused by sexual frustration. The focus of this hypothesis is aimed at the (un)consciously experienced tension and sexual dissatisfaction between the chosen mate based on socio-economic, intellectual, ethnic or cultural motives and the nonchosen potential mate who has more appealing sexual incentive properties. In most western societies the improved economic independence of women has not changed to such a degree that long-term partners are chosen entirely according to sexual incentive properties. If the selected partner has no or weak sexual incentive properties for the other member of the couple, it is likely that sexual frustration will follow in the long run (6), which ultimately will cause breast cancer in some women... WHY HIGHER SOCIOECONOMIC GROUPS OF WOMEN ARE MORE AT RISK ...higher socio-economic group of women pay more than average attention to the assets or status of the potential partner(7)....The chances of some women from higher socio-economic classes to ?nd a sexually compatible mate are considerably reduced. This is due to an often self-imposed very limited range of potential partners. In this group of women, high status of the potential partner compensates for the acceptance of physically less attractive men (9)... HEIGHT AS RISK FACTOR IN BREAST CANCER ...These women have a disadvantage because they have a smaller pool to choose from if they want a man they will not tower over. This increases the chances to settle for a sexually incompatible partner... BREAST CANCER RISK IN NUNS...

There are 15 references, but they're all about sex, not cancer. Thus we get a citation to support the statement that "If the selected partner has no or weak sexual incentive properties for the other member of the couple, it is likely that sexual frustration will follow in the long run (6)", but not for the rather more controversial idea that disappointment in the bedroom somehow leads to malignant mutations in the DNA of cells of the mammary epithelium. Well, except the line that "aberrantly metabolized sex hormones" are responsible, which is the scientific equivalent of waving your hands and saying "woo". How did this happen? The Breast Journal, so far as I can see, publishes lots of sensible research. It may not be a major journal but it's MEDLINE indexed and ranked 143/184 for impact in the field of oncology, which means there are 40 cancer journals in the world that have less impact than it. If I'd published in The Breast Journal, I'd be a bit miffed that my work was appearing in the same pages as this piece. Thankfully I haven't but as a scientist I'm still insulted that this has been published in a scientific journal, and will be appearing on the shelves of libraries around the world under the heading "science".