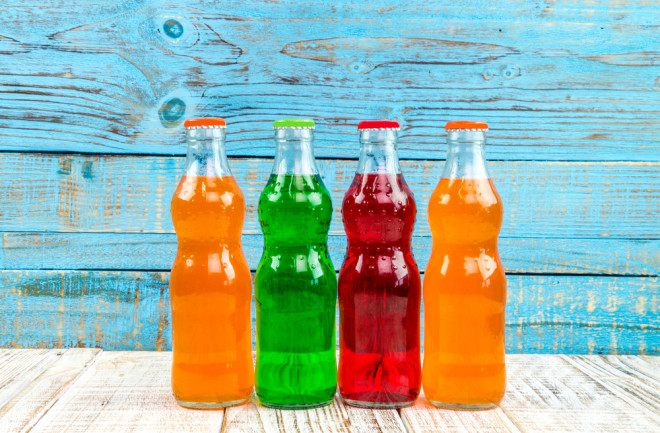 Health experts have been wary of high fructose corn syrup for years. The sweetener — common in soda and processed foods — has increasingly crept its way into our meals. At the same time, rates of obesity and diseases like type 2 diabetes and high blood pressure have increased. Now, a new study out in Science has given us another reason to worry about the sugary additive: it can boost tumor growth in mice.

Researchers from Baylor University and Cornell University developed a mouse model that mimics the early stages of colon cancer. To do this, the group deleted a gene called APC. “APC is a gatekeeper in colorectal cancer,” says Jihye Yun, a geneticist at Baylor, in a press release. “Deleting this protein is like removing the brakes of a car. Without it, normal intestinal cells neither stop growing nor die, forming early stage tumors called polyps. More than 90 percent of colorectal cancer patients have this type of APC mutation.”

Yun and her team then split these genetically modified mice into two groups. They gave one group plain water. The other group got a mixture that was 75 percent water and 25 percent high fructose corn syrup, which is actually made up of two different kinds of sugar: fructose and glucose. You can find fructose in foods like fruits and honey, while glucose is common in foods like grains and fruit. These mice only got the mixture once a day, to prevent them from overdrinking and becoming obese.

After two months, the mice who got a dose of that sweet goodness had developed tumors that were bigger and were of a higher grade (meaning they grew and spread more quickly) than the mice who’d only gotten regular water.

With evidence in hand that high fructose corn syrup could lead to higher tumor rates, the team wanted to figure out how this was happening. So they tracked the activity of glucose and fructose in the tissues of the tumors. They found that a certain enzyme in the tumors, called ketohexikinase (KHK), converts fructose into a compound called fructose-1 phosphate. This compound then turns around and helps glucose boost production of so-called fatty acids, which are vital to cell growth. All of this enables the tumor to grow more rapidly.

To double check if these chemical mechanisms were really behind the tumor growth, Yun and her team then genetically tweaked the mice who’d already been modified to have that APC mutation. But this time, the scientists made it so that the mice were unable to produce either KHK or another enzyme called fatty acid synthase (FASN), which, as the name implies, plays a role in the production of fatty acids.

It turned out that the mice that couldn’t make even just one of these enzymes had smaller tumors than mice who did make the enzymes.

“This study revealed the surprising result that colorectal cancers utilize high-fructose corn syrup, the major ingredient in most sugary sodas and many other processed foods, as a fuel to increase rates of tumor growth,” says co-author Lewis Cantley, a professor of cancer biology in medicine at Cornell, in the release. “While many studies have correlated increased rates of colorectal cancer with diet, this study shows a direct molecular mechanism for the correlation between consumption of sugar and colorectal cancer.”