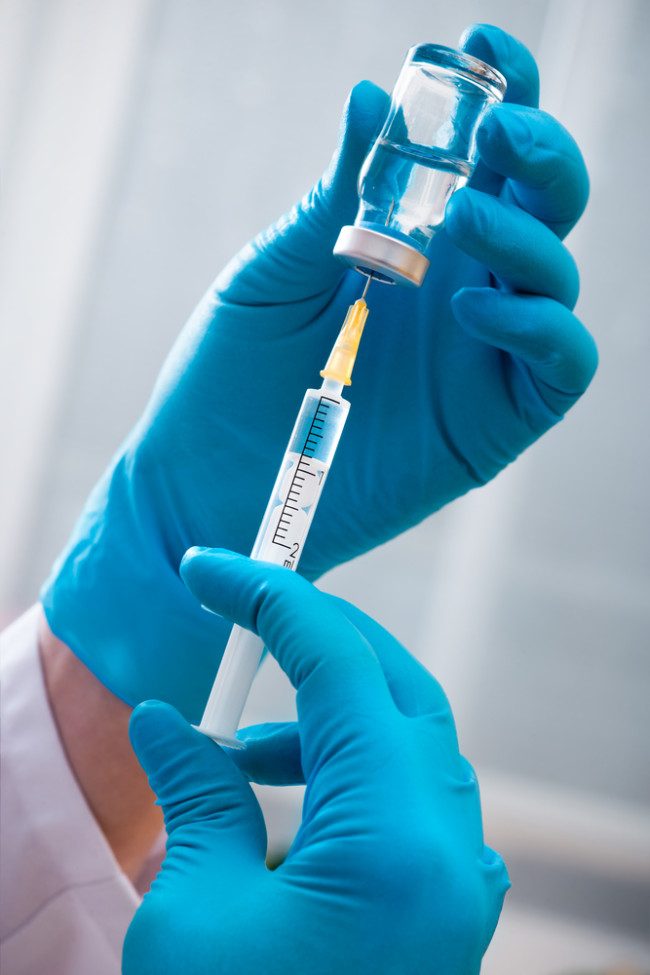 Relapse can be a particularly sinister aspect of drug addiction. Now scientists are getting closer to a vaccine that can bind heroin in the bloodstream and therefore prevent it from acting on the brain. A heroin vaccine has been sought after for some time to treat those with serious addictions. Like a vaccine for the flu or measles, a heroin vaccine would contain inactive pieces of the drug; this would train the immune system in the future to attack heroin in the bloodstream. The challenge has been that heroin breaks down quickly into other molecules in the bloodstream. Researchers have now gotten around that by creating a heroin vaccine that also works on these breakdown molecules. They started with populations of rats that had been exposed to heroin in the past. Three doses of the vaccine were given to a subset of the group over a 28-day period. To test the vaccine efficacy, they then gave rats heroin injections and took blood samples. In vaccinated rats, more heroin-breakdown molecules were found in the bloodstream, which means less heroin was getting into the rats' brains than in unvaccinated rats. Then researchers tested how the vaccine changed rat behavior. In one test, rats were given three heroin doses (simulating a relapse) before they went through two-hour sessions in which pressing a lever gave them no heroin. Those that were not vaccinated pressed the lever repeatedly in search of more of the drug; those rats given the vaccine didn’t bother to tap the lever for another dose of heroin when prompted. In another test, heroin-dependent rats were forced to abstain for a month and then given the drug again. While the non-vaccinated rats rapidly escalated their heroin dosing when given renewed access to the drug, those that were vaccinated showed steady heroin intake instead of increases and they no longer showed signs of addiction. The results are published today in Proceedings of the National Academy of Sciences. “Basically we were able to stop them from going through that cycle of taking more and more heroin,” says Joel Schlosburg, a postdoctoral research associate at the Scripps Research Institute and an author of the study. “And that was with the vaccine alone; ideally for human patients the vaccine would be given with other treatments.” Researchers have found that the vaccine doesn’t block the effectiveness of heroin treatment options already being used in people, such as methadone and buprenorphine, which is a plus. The vaccine must now go through clinical trials in humans. Image by Alexander Raths / Shutterstock