The removal of China's “Zero-COVID” containment policies render its people vulnerable to the virus. 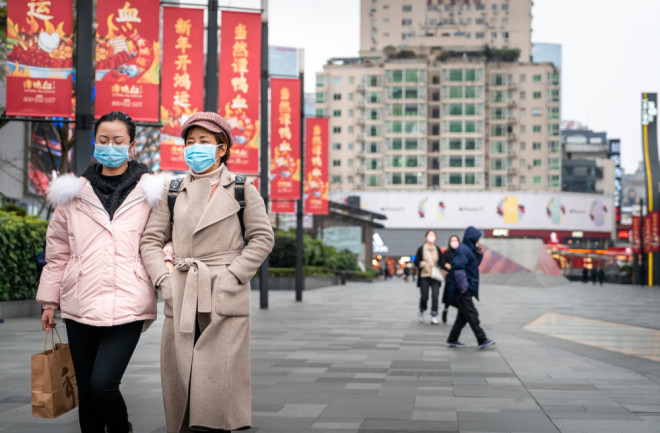 Though the country's commitment to stamping out any and all coronavirus cases remained strong only a couple of months ago, China is currently caught in one of the world's worst viral waves since the start of the pandemic. In fact, some scientists speculate that as many as 800 million individuals, or 60 percent of China's population, could catch the virus throughout the course of the surge, and some say that as many as one million could succumb to their sickness.

So, why are coronavirus cases surging so severely in China right now?

The reason, specialists say, is that the country's insufficient immunity and medical infrastructure are sapping its ability to fight the virus off.

Up until around a month ago, Chinese authorities made it their mission to suppress the coronavirus completely, applying an aggressive and “unsustainable” approach revolving around testing requirements, travel restrictions, quarantines and shutdowns. But the sudden abandonment of that aim leaves much of the country’s population particularly prone to infection, with few hospitals prepared to help.

This is what you’ll want to know.

Similar to many other countries, China applied a zero-tolerance approach to the coronavirus at the start of the pandemic. Under this approach, the state set up mass testing sites and required negative test results for access to an assortment of public spaces, such as supermarkets and parks. It also required the isolation of infected individuals at specific isolation sites and implemented full shutdowns in an attempt to curtail the spread of infections through the country’s cities and towns.

Read more: We May Be In A Pandemic-to-Endemic Transition For COVID-19

When the coronavirus continued to circulate into its second and third years, many countries moved away from these tools of complete containment, though China wasn’t one of those countries. Instead, Chinese authorities continued their attempts to wipe the coronavirus out. And until recently, they mostly succeeded at that aim.

Still today, the number of coronavirus cases and fatalities in China fall far behind those of comparably sized countries. And information from the World Health Organization substantiates this, showing that China’s almost 11 million cases and 33 thousand fatalities pale in comparison to the U.S.’s 100 million cases and 1 million fatalities (though there are several signs that the reports coming out of China aren’t completely accurate).

That said, the protection of the country from the coronavirus came at a cost to the people. For instance, strict “Zero-COVID” policies caused individuals in particular parts of the country to struggle to find food and contributed to tragedies, including the deaths of 10 individuals in an apartment fire during a shutdown in Xinjiang province.

Adding to the antipathy toward these policies, “Zero-COVID” also started to falter, failing to stop surges of increasingly transmissible viral variants, including spin-offs from the Omicron family.

Ultimately, the opposition to the draconian “Zero-COVID” approach sparked a swell of protests against the tactics in November 2022. And though the authorities already announced their intention to reduce their containment tactics according to a phased 20-point process, they quickly tossed these plans aside in December, precluding any possibility of a slow shift out of “Zero-COVID” and inviting a flood of coronavirus cases to their country, in the process.

Though the scale of this surge continues to stump scientists, thanks, in part, to the absence of accurate case counts from Chinese authorities, state reports suggest that as many as 250 million individuals caught the coronavirus from Dec. 1 to Dec. 20.

Making matters worse, while Chinese authorities discontinued their daily announcements of coronavirus deaths after the surge's start, some sources state that almost 19,000 individuals are currently falling to the disease on a daily basis.

Read more: How COVID-19 Developed in 2022, And What to Know for the Coming Year

Whatever the specific scope of the surge, it’s thought that the virus is moving much more rapidly in China today than in any other setting and at any other time since the start of COVID. In fact, while one sick individual in the U.S. typically transmitted the virus to two to three others at start of the pandemic in 2020 and to 10 or 11 others at the start of Omicron surge in 2021, a single individual in China, according to NPR, is infecting about 16 others, on average, in the current surge.

And scientists say that a short supply of immunity and infrastructure are to blame. Buried by policies that promised the complete annihilation of the coronavirus, the protection provided by increasing immunity and investing in healthcare were ignored in China, assuring that a severe wave would arise as soon as the approach was abandoned.

Partially thanks to the country’s control of the coronavirus, only a small portion of its people wielded the immunity provided by a prior infection at the start of the ongoing surge. That said, the country’s immunity shortage is also a consequence of its vaccinations.

Around 90 percent of China’s population was armed with the protection of a single shot at one point or another. But some scientists say that weaker vaccines and an absence of vaccinations among China’s vulnerable populations are contributing to the surge.

In China, individuals tend to be stuck with one of two types of shots that implement inactive versions of the virus to improve immunity. But both of these vaccines, developed by Sinovac and Sinopharm, offer a smaller amount of protection for older adults than the mRNA vaccines from developers such as Pfizer and Moderna.

In fact, according to a 2022 study, two doses of the Sinovac shot provide only around 70 percent protection against severe disease and death in adults ages 70 and above, whereas two doses of Pfizer provide 90 percent protection for the same population. And, while three doses boost the protection of both vaccines to about 98 percent, some studies also suggest that these fortifications fade faster with Sinovac than with Pfizer for individuals of any age.

The vaccine prevalence among anyone 80 years old or older is also still poor. Only 66 percent were vaccinated and 40 percent were boosted at the time that the surge started.

Specialists also add that inadequacies in the country’s medical infrastructure make withstanding any increases in coronavirus cases much more challenging, since its medical centers contain only 3.6 ICU beds per 100,000 people (in comparison to Singapore’s 11.4 and South Korea’s 10.6, for instance).

Ultimately, scientists say that an alternative, incremental approach to the abandoning of “Zero-COVID” measures might’ve mitigated the severity of this surge. According to the same team of scientists that forecast one million fatalities, the toll of this surge might’ve been reduced by as much as 35 percent if the proper precautions were put into place prior to the transition.

In the absence of that, though, the Chinese authorities must work at a whirlwind pace to increase immunity and improve medical infrastructure.