Heat-Activated Penis Implant: A Solution to a Hard Problem? 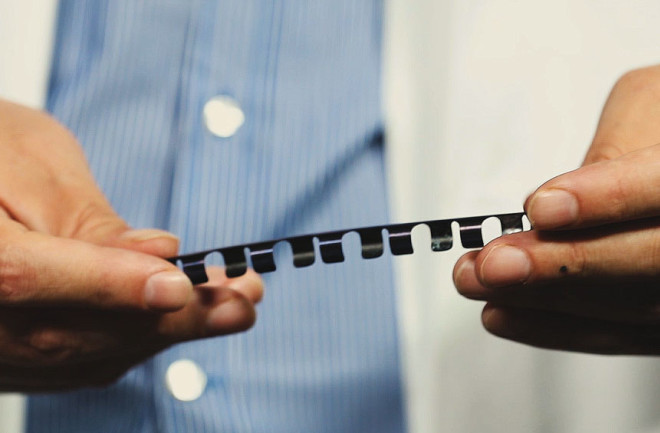 (Credit: Alberto Colombo, Southern Illinois University) Brian Le hopes his new twist on the penile implant will appeal to a growing market. Le, a faculty member in the department of urology at University of Wisconsin-Madison, wants to restore erectile function in men using a new, heat-activated metal called nitinol — a nickel-titanium alloy known for its elastic properties. Le’s implant is essentially a nitinol exoskeleton that remains flaccid at body temperature, but expands when heated by just a few degrees. The nitinol scaffold “remembers” its erect shape, and assumes it when activated, returning to its flaccid state when cooled. The device could be implanted with a relatively simple operation, Le says. It’s good news for men who have lost erectile function due to injury or, for example, prostate cancer. Right now, Le and his collaborators are working on a remote-control device that could be waved over the penis, heating the implant through induction. They’re also altering its length and girth. Le and company shared details of their device in a paper published recently in the journal Urology.

Modern penile implants hit the market about 40 years ago, and have carved out a definitive place in the treatment of erectile dysfunction. Pills, injections, intraurethral pellets and vacuum erection devices don’t work for everyone, but implants have proven to be quite reliable. So much so, the technology hasn’t changed dramatically over the years: the inflatable pump is still the gold standard. The number of men diagnosed with erectile dysfunction increased 165 percent from 2001 to 2010, but 2.3 percent of men opted for an implant in 2010 compared to 4.6 percent in 2001. Le thinks his device could be ready to step out of the lab in five or 10 years. Streamlining the procedure may encourage more men to go under the knife. “We’re hoping that, with a better device, a better patient experience, and a simpler surgery, more urologists would perform this operation, and more patients would want to try the device,” Le said in a news release. Of course, this comes on the heels of the first American, Thomas Manning, receiving the first successful penis transplant in a procedure that was hailed a “surgical milestone.” Now, Manning’s just waiting for doctors to tell him it’s OK to pop a Viagra.