How One Protein Might Be Contributing to Human Aging

Have we found an Achilles' heel to life? 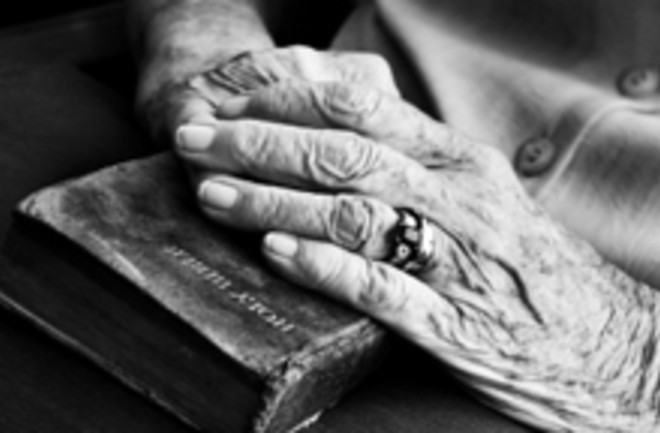 Researchers may have uncovered one of the universal causes of aging: A crucial type of protein that serves a double duty in organisms ranging from yeast to mice, and that becomes overwhelmed as the organism ages. The protein is charged both with repairing DNA damage and with regulating gene expression (so that, for example, a gene necessary for liver function doesn't suddenly get turned on in the brain), and a new study has shown that when the protein is busy repairing DNA, it can't perform its other task. Says lead author David Sinclair:

"One idea of why we age is that DNA becomes damaged or mutated.... But perhaps the main culprit is the effect of genes switching on and off, and that should be reversible" [Wired News].

About a decade ago, researchers identified a protein called Sir2 that zooms to the spot of broken DNA in yeast cells and repairs the breaks. But to do that, Sir2 has to abandon its job of inactivating a sterility gene elsewhere in the yeast genome. The result is yeast cells that have intact DNA but are sterile, a symptom of aging in the fungi.... "This may be a very fundamental Achilles' heel of life," says Sinclair [ScienceNOW Daily News].

Now, Sinclair's team has identified the mammalian equivalent of that protein, called SIRT1, and have determined that it plays a similar role in aging mice: When it focuses on repairing DNA damage, it neglects its gene regulation duties. In the study, published in Cell [subscription required], researchers treated mouse stem cells with hydrogen peroxide to mimic the DNA damage that occurs as animals age, and then watched as

SIRT1 migrated away from regulatory regions of the genome and toward the many areas where DNA strands had broken. As a result, genes that were normally shut off suddenly became active. Gene expression patterns, once exquisitely fine-tuned, went haywire [Technology Review].

The study also examined whether the breakdown could be prevented or reversed. Sinclair's team dosed the mice with resveratrol, the chemical found in red wine that is known to improve the function of SIRT1, and also engineered mice to naturally produce more SIRT1. They found that both tactics increased the lifespan of cancer-prone mice by 24 to 46 percent. Says Sinclair:

"What this paper actually implies is that aspects of aging may be reversible.... It sounds crazy, but in principle it should be possible to restore the youthful set of genes, the patterns that are on and off" [Boston Globe blog].

Related Content: 80beats: Diet and Exercise in a Pill: Experimental Anti-Obesity Drug Could “Trick” the Body 80beats: The Young at Heart Drink Red Wine DISCOVER: Is Wine What Flows Through the Fountain of Youth?Image: iStockphoto