Hail the Spleen: An Underappreciated Organ Gets the Credit It Deserves 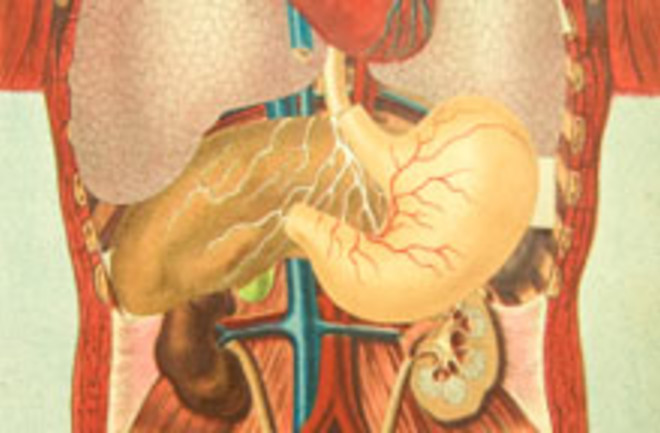 Gone are the days when scientists considered the spleen a waste of space. Previously, doctors knew that the organ--which is located behind your stomach--performs a variety of functions, from making antibodies to storing red blood cells, but they categorized it as nonessential. A new study published in Science, however, found that

while it’s true that people can survive without a spleen, the organ is far from worthless [Science News].

Researchers found that the spleen is actually a crucial storage place for large numbers of monocytes, a type of immune cell. Monocytes form in bone marrow and rally to fight an infection or repair the body after a trauma such as a heart attack, and scientists previously believed they were stored in the blood stream. In the study, scientists analyzed the monocytes found near the hearts of mice that had experienced a heart attack, and traced nearly half of the cells to the spleen. Later they found that

the spleen contains ten times as many monocytes as blood—making it a far more important storehouse [National Geographic].

Although this is the first time the spleen's role as a monocyte storehouse has been proven, scientists previously suspected the spleen might play an important role in the body. In fact, a 1977 study revealed that servicemen who had their spleen removed during World War II were more likely to die, especially from pneumonia and heart disease, in the 28 years after the war, than those whose spleens remained intact. But aside from showing exactly why the spleen is so important,

the new findings may also shed light on the downside of monocytes. Too many monocytes ... can rev up inflammation too much. Since inflammation plays a deleterious role in cancer and many autoimmune diseases, a better understanding of monocytes’ migration from the spleen might offer ways to combat these diseases [Science News].

The spleen is far from the only organ whose importance was long neglected; for example, the appendix was once considered a vestigial trait. Then scientists found that the organ is highly important when people are commonly exposed to an unusually germ-ridden environment.

[T]he organ is actually a storehouse of beneficial bacteria that help us digest food... The appendix evolved for a much dirtier, parasite-plagued lifestyle than the one most people live in the developed world today, [said surgeon Bill] Parker. But where diarrheal disease is common, for example, the appendix is apparently vital for repopulating intestines with helpful bacteria after an illness [National Geographic].