Artificial livers can be grown in a petri dish. 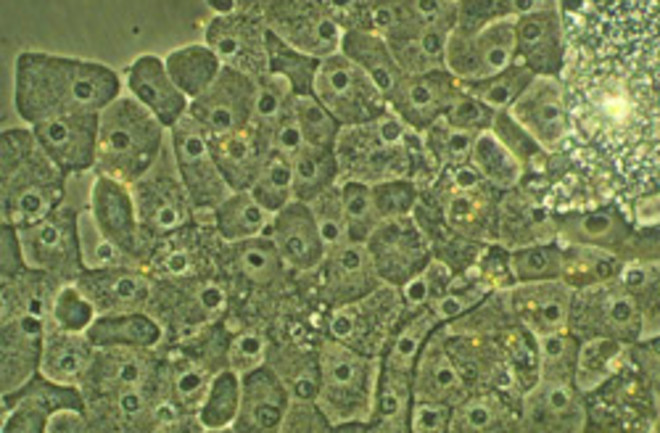 Using stem cells from umbilical cord blood, researchers are growing clusters of real liver cells in the lab. The penny-size blobs of bloodless yellow tissue are already suitable for drug testing and could someday lead to the development of full-size, implantable human livers. Colin McGuckin and Nico Forraz of the University of Newcastle upon Tyne in England gathered stem cells from umbilical cord blood, treated them with nutrients and growth factors that programmed them to become liver cells, then placed them in two kinds of lab environments. Petri-dish cultures grew into flat cell sheets, while those in a weightless chamber grew into 3-D spheres.

The resulting tissue is a homogeneous blob of hepatocytes, the detoxifying, metabolizing cells that make up most of the liver’s mass. Because the mini livers aren’t real organs, they don’t have the blood vessel structure or red, plumped-up look of a full liver. They’re not developed enough to function as liver transplants, but the cell clusters do have important uses, says McGuckin. For one, they can provide an intermediate step between pharmaceutical tests on animals and those on people. In a few years, dialysis machines with mini livers inside could be used to clean the blood of patients who have been poisoned or are waiting for a transplant.

The work breaks new ground, says Anthony Atala, the only scientist to have grown and transplanted entire organs—bladders—in the lab. The liver procedure, he says, is quite different from the one he used for the bladders, which were grown from the patient’s own mature cells. “Growing primary cells like hepatocytes from a human is harder,” he says. When you’re using certain tissue types that can’t replicate multiple times outside of the body—liver and nerve cells, for example—“that’s where stem cells are most relevant.” The mini livers are a major advance in stem cell research because they have yielded actual functioning cells. “One thing is to grow cells,” he says. “The other is to make sure they’re growing to do what they are supposed to do.”