Genome sequencing reverses a faulty diagnosis for a genetic disorder

This is the story of a Turkish boy, who became the first person to have a genetic disorder diagnosed by thoroughly sequencing his genome. He is known only through his medical case notes as GIT 264-1 but for the purposes of this tale, I'm going to call Baby T. 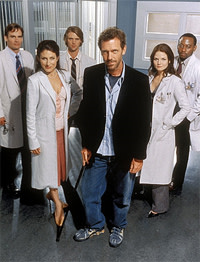 At a mere five months of age, Baby T was brought to hospital dehydrated and in poor health. In some ways, this wasn't surprising. His parents were blood relatives and they had suffered through two miscarriages and the death of one premature baby. Baby T himself was born prematurely at 30 weeks.

Baby T's family history suggested that he was suffering from a genetic disorder, and his doctor's best guess was Bartter syndrome. This rare but life-threatening disease is caused by mutations in genes that help to transport ions across the cells of the kidney. Without this ability, babies lose salt, potassium and water and they tend to urinate excessively. The resulting dehydration could kill them if they aren't regularly topped up with fluids.

The symptoms certainly fit the bill, but his doctorsweren't sure. To play it safe, they took a sample of the boy's blood and sent it thousands of miles away to a laboratory at Yale University for genetic testing. A thorough scan of the boy's genome revealed the true cause of his illness - a different genetic disease called congenital chloride-losing diarrhoea. The condition is caused by a single faulty gene that leaves carriers unable to absorb important ions like chloride into the cells of their intestines. It's a problem that causes foetuses to be delivered prematurely and infants to be severely dehydrated.

This is the first time that a disease has been diagnosed based on sequencing a person's genome, and it marks a dramatic first outing for a new genetic technology called "whole exome sequencing", developed by Murim Choi and other Yale researchers.

Rather than sequencing the entire human genome, the new technique shines its spotlight only on the small proportion that contains genes that code for proteins. This so-called "exome" represents just 1% of our full set of DNA, but their minority status belies their true importance. Around 85% of the genetic changes that strongly affect our risk of diseases are found within these sequences. Focusing on the exome could be an efficient strategy for finding new variants linked to diseases or diagnosing genetic disorders, not least because our current knowledge of sequences that don't code for proteins is relatively limited.

When Choi's team received Baby T's blood sample, they analysed it using their new method. They found that he carried two copies of the same sequences across substantial swathes of his genome, which you'd expect given his closely related parents. The team reasoned that the within these pairs lay the mutation that was causing the baby's condition. But how to hunt it down?

For a start, they looked for sequences within these genes where Baby T differed from that of the standard human genome by a single base pair (a DNA 'letter'). They found around 1,500 of these. They then focused on letters that are the same whether you're looking at the gene of a human or that of a fly. These are called "conserved" sequences and their persistence over the course of evolution shows that they can't be tinkered with without disrupting something critical.

By this point, they had focused their search so tightly that one mutation stood out like a beacon - a single change in a gene with the snappy name of SLC26A3. The mutation in question alters the gene at a place that is exactly the same in the genomes of humans, cows, mice, chicken, frogs, flies and worms. Clearly, this is an important part of an important gene, and changing it wrecks the encoded protein. In humans, faulty copies of SLC26A3 cause congenital chloride-losing diarrhoea (CLD), a condition that fit with all of Baby T's symptoms.

The Turkish doctors were quick to confirm the diagnosis suggested by the exome sequencing. Their initial diagnosis - Bartter syndrome - is a kidney disease, but CLD affects the intestines. Indeed, a follow-up with Baby T showed that his dehydration came from losing water not from his kidneys, but from his gut in the form of diarrhoea. Second time round, the right disease had been identified.

The initial mistake was understandable for the two diseases present in a similar way. That became abundantly clear when Choi's team screened 39 other patients with suspected Bartter syndrome, but who didn't have any of the normal genetic markers for the disease. In fact, five of these people had CLD instead and all of them carried mutations in SLC26A3. One shared the same flaw that affected Baby T, while the others had different mutations that had never been seen before.

This story provides vivid evidence of the benefits of exome-sequencing in both diagnosis genetic diseases and identifying mutations that cause those diseases. In focusing on just 1% of the genome, it's probably more efficient and Choi estimates that it's 10-20 times cheaper than sequencing an entire genome. His team aren't the only ones exploiting this technology. Just last month, a team of Seattle scientists found the gene behind a rare genetic disorder called Freeman-Sheldon syndrome by sequencing a dozen human exomes.

As Choi writes, "We can envision a future in which such information will become part of the routine clinical evaluation of patients with suspected genetic diseases in whom the diagnosis is uncertain."