Supreme Court Rules Human Genes May Not Be Patented:

“A naturally occurring DNA segment is a product of nature and not patent eligible merely because it has been isolated,” Justice Clarence Thomas wrote for a unanimous court. But manipulating a gene to create something not found in nature is an invention eligible for patent protection. The case concerned patents held by Myriad Genetics, a Utah company, on genes that correlate with increased risk of hereditary breast and ovarian cancer. 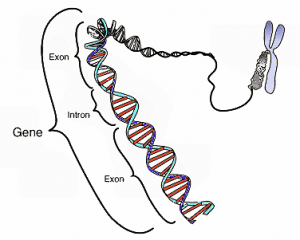 Believe it or not USA Today was out fast with a long story on this issue with quotes and everything. Here's the full text of the decision. Needless to say this is a pretty big deal, and I'm somewhat surprised this was a unanimous decision. Perhaps the justices actually listen to scientists and their bleating sometimes? I'll be checking in to the Genomics Law Report regularly today.... Update: Just to note, several friends have noted that aspects of the science in the ruling seem to have some howlers. That is not surprising (see Scalia's admission of ignorance in the concurrence). But from listening to the panel discussion on the Myriad case at ASHG 2012 this ruling is still a huge step forward. Being wrong is preferable to "not even wrong."