In The Humans Who Went Extinct

the author makes much of the fact that Neandertals obviously lacked skill at crossing the water, insofar as their range was constricted by barriers to their south in Iberia. This sort of issue is kind of confusing to me, insofar as it seems probable that very ancient humans did make water crossings of a more arduous nature in Southeast Asia, if the Hobbits finds are valid. I don't really know what to think about the general issue of water crossings, but it does seem that the short distance between North Africa and Iberia has had a big impact. Bodies of water tend to serve as a major check on conventional gene flow between adjacent populations, because they limit "casual encounters." An analogy can be made with the inbreeding coefficients in the mountainous regions of southern Italy. They were rather high until modern transportation made travel between isolated regions much easier, because the typical peasant simply wasn't likely to venture far, or have a social network which would span valleys (rather, often the minimal transit avenues tended to lead back to a central entrepot in a hub & spoke fashion). Bodies of water can facilitate bulk trade and cultural diffusion, as well as "leap frog" population movements, but even trivial distances tend to be major barriers in an "isolation-by-distance" model. With that in find, I ran ADMIXTURE up to K = 6 for a range of European and North Africa populations. I merged data from Behar et al.

. I wanted illustrate the genetic distance between North Africans despite their geographic proximity. I first ran 300,000 markers, but pruned it down to 120,000 markers after confirming that the estimates were congruent between the two runs. Because of non-trivial Sub-Saharan admixture among many populations in the Maghreb I also ran a preliminary run with a Central African population and pulled out individuals who seemed to be outliers in their population for Sub-Saharan African admixture. Below is the ADMIXTURE plot divided by population. I've also plotted the genetic distance (Fst) relationships between the different color components, labeling them by their modal population (e.g., light blue is modal in Lithuanians, so I've labeled it "Lithuanian"). 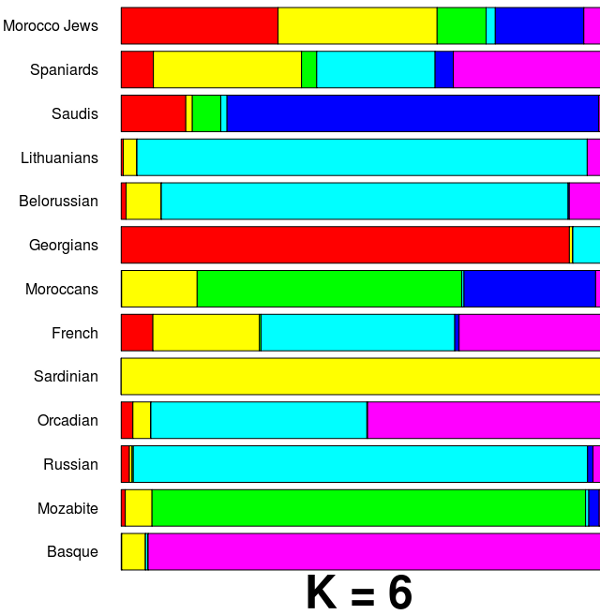 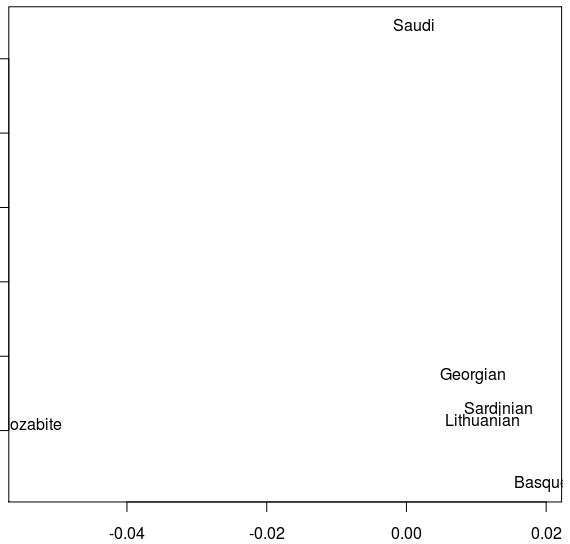 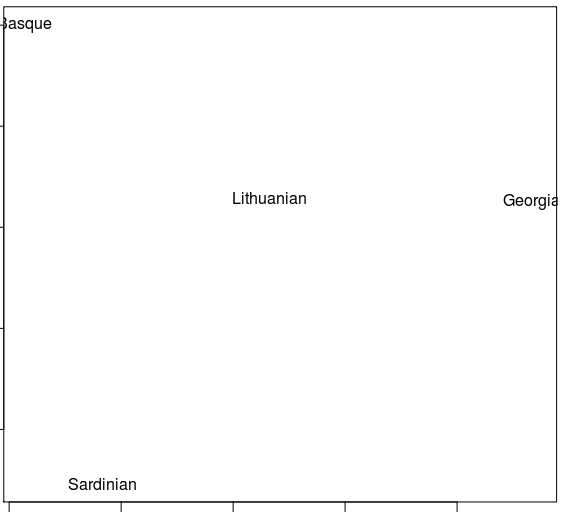 I also ran a plot with the North African Henn et al. 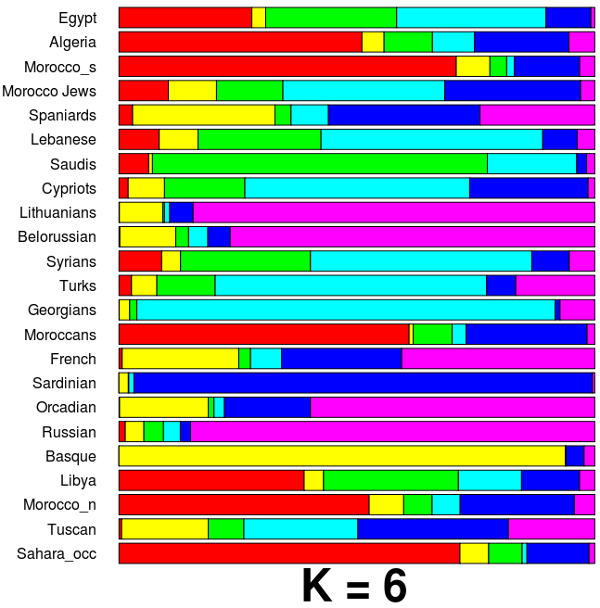