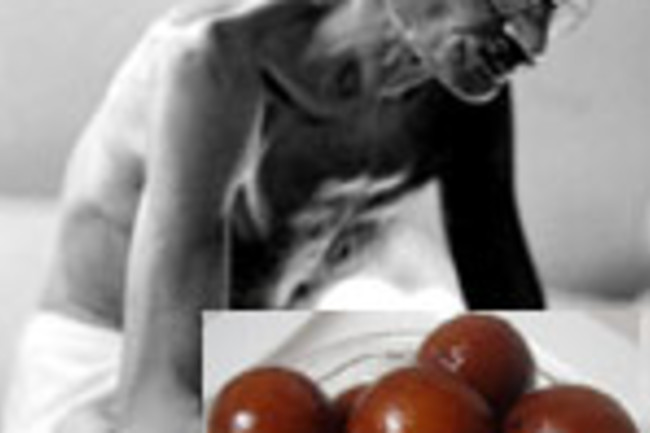 Heart failure is a leading cause of mortality in South Asians. However, its genetic etiology remains largely unknown1. Cardiomyopathies due to sarcomeric mutations are a major monogenic cause for heart failure...Here, we describe a deletion of 25 bp in the gene encoding cardiac myosin binding protein C (MYBPC3) that is associated with heritable cardiomyopathies and an increased risk of heart failure in Indian populations (initial study OR = 5.3...replication study OR = 8.59...combined OR = 6.99....and that disrupts cardiomyocyte structure in vitro. Its prevalence was found to be high (4%) in populations of Indian subcontinental ancestry. The finding of a common risk factor implicated in South Asian subjects with cardiomyopathy will help in identifying and counseling individuals predisposed to cardiac diseases in this region.

The odds ratio is showing a large effect for this deletion; the likelihood of heart related problems if you carry the deletion are very high. On the order of 90% of older individuals who carry it have heart problems. On the other hand, only around 5% of the heart disease among South Asians is due to this locus of large effect. Why is this genetic variant so common? The authors suggests that since it has an effect only later in life, beyond reproductive age, selection has not been able to purge the allele. On the other hand, a 5% frequency is rather high, perhaps it is just a neutral variant which become common due to some population bottleneck in South Asia within the last 30,000 years. Or, perhaps antagonstic pleiotropy, by which I mean benefits early in life (which would increase reproductive fitness greatly) outweighing the relatively limited fitness effects later on in life (older individuals can increase the fitness of their offspring through investment in resources, but this is less important or likely than direct increase in fitness during peak reproductive years). In some ways this deletion in MYBPC3 is the South Asian cystic fibrosis, at least in terms of frequency. But CF hits people early on it life and so its evolutionary impact is much stronger. Here's a figure which shows the effect in those with the allele: 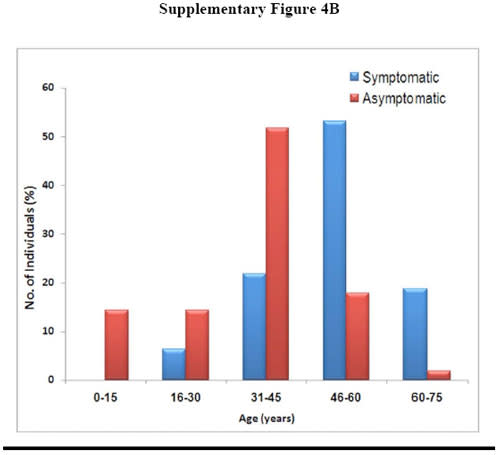 In any case, I want to emphasize that this locus can only account for around 5% of heart disease cases among South Asians. It may be the largest effect in terms of genetic variants, but there are many other genetic and environmental factors behind the high rates of heart disease among South Asians. Some of the popular press pieces suggest that 60% of the world's heart disease will be found among South Asians (Indians specifically) by 2010. Other reports suggest that most type II diabetics in the world will be South Asian within the generation. The specific numbers maybe exaggerations, but there are a combined set of factors which make South Asians particularly vulnerable. I assume that the discovery of this allele is in part due to the fact that South Asians already have high rates of heart disease, and so there is proactive research in the population in relation to this disease. I have spent some time in American urban areas recently, and it is quite obvious that many South Asians are fat, or plump. At least as fat or plump as the white population, if not more (if you control for SES I think the South Asian population is fatter than the white one). A roommate in college from Singapore told me that most of the fat people in Singapore were South Asian. Singapore is less than 10% South Asian, so even if my friend was exaggerating, he was pointing obviously to a very noticeable dynamic. There are a host of data which suggest that South Asians are more likely to be diabetic or pre-diabetic, all things equal. This almost certainly has a physiological root. Some have wondered why East Asians are not subject to the same phenomenon. I don't have any good reasons, but, I did note in Tyler Cowen's Discover Your Inner Economist that only South Asian cuisines can apparently match European ones when it comes to richness and density of sugar in their desserts. A genetic propensity combined with a cultural norm ready to go into overdrive with the emergence of consumer-oriented affluence, and bingo! As a South Asian myself I am aware of my genetic predispositions and likelihoods. Both my grandfathers died of heart related issues, though one died at 100 and another lived in their early 70s, so if I carry this allele it doesn't seem to kick in until very late in life. But, the risk for type II diabetes is real, and so the downsides to obesity magnified, for someone of my ethnicity. A few years ago my doctor told me I was "thin." I realized then that I needed to be proactive about my own health, because I had read plenty of literature that BMI indices scaled using European Americans are not appropriate for all ethnicities. I need to be thinner than the typical white American to have the same risk of type II diabetes, all things equal, and so I have lost some weight in the past few years by changing my diet and lifestyle. There are terms out there like "Healthy Body Image" in American culture, and some traditional South Asian families still look positively upon plumpness. I would only suggest that the wages of these cultural norms and expectations for the brown are quite heavy compared to the white when one approaches the second half of one's life. Update: I changed title to be more accurate. This happens to be a gene which causes heart disease, referring to it as a "heart disease gene" might confuse people into thinking that most heart disease is due to this gene (it's not).