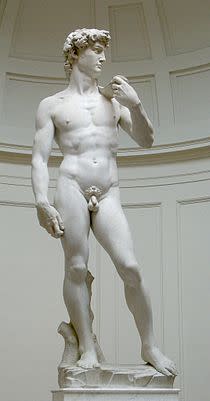 Kevin Mitchell of Wiring the Brain has a very long post up inveighing against the specter of eugenics. I don't have a great deal of time to engage Kevin right now.* But in addition to Kevin's post I highly recommend this episode of WBUR's On Point. It has Steve Hsu on, and he articulates many of the positions that I myself hold. Steve's work with BGI has triggered the latest discussion of eugenics thanks to Vice's sensational representation of the research project and its aims. But it's a useful discussion to engage in, even if the starting point is a little unfortunate. I will state though Kevin's argument seems to be predicated on the implicit assumption that his interlocutors hold to some sort of Platonic ideal of the most-perfect-human. There's no such thing obviously, and even those who sympathized with eugenic policies such as W. D. Hamilton rejected this notion at the end of the day. Rather, human traits are evaluated in terms of how they serve the flourishing of individuals and society according to understood values. Intelligence is generally assumed to benefit individuals, and, I believe that it benefits society as well through innovation. Innovation drives the productivity growth which is the foundation of our post-Malthusian age. And the reality is that this isn't all about talk. As I've mentioned multiple times the frequency of individuals with Down syndrome is reduced by selective abortion. Screens to detect this condition in utero are getting better and better. The sketchy empirical results we do have implies that ~90 percent of couples who receive a "positive" result chose to abort. Should this be against the law? If you take the anti-eugenic argument to its logical conclusion perhaps, because you are making a value judgement on the "quality" of an individual. Taking an argument to a logical conclusion may give some insight, but generally it is not too useful in practice. We should be careful about taking things their logical conclusion because human affairs aren't often dictated by logic. The reality is that eugenics in the 21st century will be driven from the "bottom-up," through individual choice. Market forces and revealed preferences. There will be no ministry of procreation, or social engineering to sculpt the Übermensch. In fact there may be rational reasons to regulate and curtail choice so as to minimize positional bidding on the margin. On a broader normative note, I am fine with the idea that there are beautiful people and ugly people, smart people and stupid people, nice people and mean people. Some of this is socially constructed, but some of this is not. Kevin makes the accusation of elitism against those academics, such as Steve, who support selection for intelligence. Let me suggest something here: Steve has much to lose in a selfish zero sum sense because he's already rather assured of intelligent offspring. He's smart. His wife is smart. Standard quantitative genetics implies that even if they regress to the mean his offspring will be quite bright. There may not be much more juice to squeeze out of that genetic background. It may be very different for a couple with more average endowments. So sorry to turn this upside down, but personal eugenics may in fact be a boon for the ugly, stupid, and psychologically unstable, because it gives them a opportunity to close much of the gap with those who were lucky in the genetic lottery. Some of you may object to terms such as "ugly," "stupid," or "psychological unstable." But people with these issues have to deal with them in their day to day. One can make all the platitudes one wants to make about "inner beauty," but very few people live by this ideal. The biggest issue I have with Kevin's post is that it's general and over-broad, with a focus on 20th century industrial scale eugenics and genocide. What we're really going to confront are a myriad of specific cases, and market-driven personal eugenics which has a service sector tinge. Addendum: It makes sense to be skeptical of the scientific possibilities in the near to medium term. * Someone attempted to post the following comment:

"I don’t have a great deal of time to engage Kevin right now." is not the best way to begin an article in which you proceed to do exactly that. It's disrespectful to both your readers and Kevin: either engage properly or not at all.

1) If you attempt to be my editor I'm going to ban you without warning. Readers don't make demands of me. If you do so, I'll ban you. 2) This post was nothing of the kind in terms of being a real response to Kevin's very wide ranging elucidation of opinions. It took 30 minutes of my time to quickly reiterate some rather simple positions I've long stated. That being said, I think it was still useful for someone to outline this position concisely, which is all I could do with my current constraint of marginal time.