Beyond helping people lose weight and keep it off, bariatric surgery could also resolve type 2 diabetes (but we aren’t totally sure why). The explanation may lie in our gut microbiome. 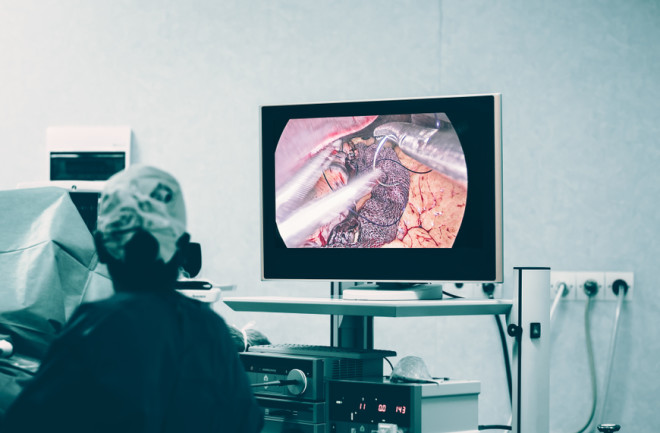 Gastric bypass helps patients lose weight because it (literally) shrinks the stomach. But according to recent research, the surgery can also transform gut microbes, put type 2 diabetes into remission and even rewire your brain.

The procedure is a popular option because it can help people shed pounds and keep them off. Depending on the type of surgery, gastric bypass turns the stomach into a small pouch and shuttles food past part of the small intestine, reducing how much you can consume and the amount of fat, calories and nutrients you absorb.

The surgery therefore helps people eat less and still feel full, a challenge with many weight-loss diets. If someone had to manage the same portions of food without gastric bypass, they would likely get ravenously hungry, overeat and gain the weight back, said Rinki Murphy, a specialist diabetes physician at the University of Auckland New Zealand, in an email.

What’s still a mystery: Why gastric bypass helps people not only keep the weight off, but also improves sensitivity to insulin and ramps up their metabolisms, the process that converts what we eat and drink into energy.

To pinpoint how exactly this happens and what it could mean for managing the obesity epidemic, researchers are homing in on the gut microbiome, which houses between 500 to 1,000 different bacterial species. Microbes in the gastrointestinal system react to the environment, our diet, how much we exercise and how we use and store energy. As a result, microbes shape the gut environment and help us absorb nutrients. The food we eat, for example, can also determine the composition of our gut microbes.

So far, the studies linking gastric bypass surgery to gut changes are relatively small in terms of the number of participants. Here’s what researchers know so far: Our digestive tract, which is normally rich in microbial species, is less varied in people who are obese. After gastric bypass surgery, the microbiome becomes more diverse again — yet the changes don’t reflect the microbes of a lean person, either.

The first such study came out in 2009, and analyzed the gastrointestinal bacteria of nine people, divided among participants of average weight, those considered morbidly obese and recipients of Roux-en-Y surgery, the most common type of gastric bypass. Even with a few participants, the results were distinct: Those in the gastric bypass group demonstrated an increase in Gammaproteobacteria, a large, diverse community of bacteria including some pathogens, such as Escherichia.

The team followed up in 2020 and looked at modifications over time in both the fecal microbiome and among the microbes that remain attached to intestinal walls. The latter group didn’t shift much over time compared to significant changes in the fecal microbiota — including the signature increase in Gammaproteobacteria — that lasted for years.

“If you look at the microbiome of people who had surgery six months ago and compare them to people who had the Roux-en-Y surgery three years ago, the changes are similar,” says study author Rosa Krajmalnik-Brown, director of the Biodesign Center for Health Through Microbiomes at Arizona State University.

This increase in the Gammaproteobacteria following Roux-en-Y surgery has been replicated repeatedly in studies on gastric bypass and the microbiome. Researchers are working through whether or how these trademark microbial changes keep weight off, says Samuel Klein, director of Washington University’s Center for Human Nutrition in St. Louis, Missouri.

Researchers are starting to figure out how gastric bypass surgery helps nudge the metabolism toward weight loss. After the surgery, the gut environment metabolizes sugars and molecules called short-chain fatty acids in a method that produces less energy. This could help sustain weight loss, according to a recent study that looked at changes before and after surgery in 40 people with “severe” obesity.

It's now evident that gastric bypass surgery improves glucose control for nearly everyone with type 2 diabetes — this benefit can last as long as a decade. The surgery may put some people’s type 2 diabetes into remission, meaning that they don’t need diabetes medication to keep glucose levels in check, Klein says.

Murphy’s team in New Zealand found that certain bacteria species were linked with post-surgery type 2 diabetes remission, and these changes could predict who might go into remission post-surgery. Yet it’s somewhat of a “chicken-and-egg” situation because they still can’t tease out whether such gut microbiota cause low food intake, or whether altered gut microbiota actually result from eating less food.

This is tricky to distinguish because caloric intake drives weight loss and type 2 diabetes remission while also shaping the composition of gut microbiota, Murphy says.

New evidence has suggested that shedding pounds may be enough to stave off type 2 diabetes, even without surgery. In an August 2020 study, Klein’s group found that drastically slimming down by diet alone confers similar metabolic benefits to gastric bypass-induced weight loss. However, sustaining weight loss can prove more challenging without surgery.

“There’s a lot of people looking for the magic link between why gastric bypass causes remission or improvement of type 2 diabetes,” Klein says. “It’s too early to say what changes in the microbiome of gastric bypass patients mean, most especially because studying the microbiome is very complicated.”