The arms race between an evolving virus and the evolving immune system is a game, with implications for COVID-19 defense and beyond. 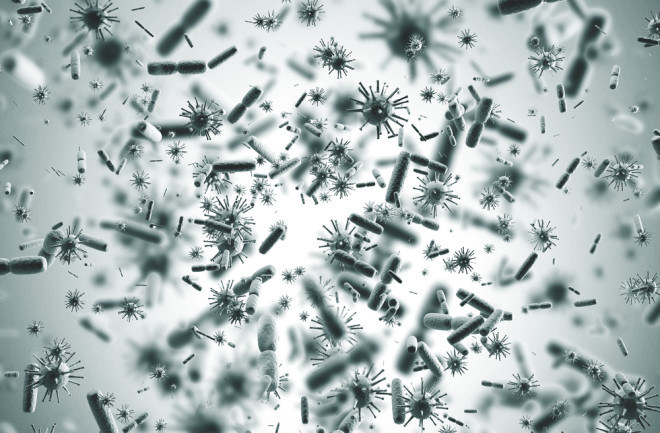 The last two years have created a crash course on viruses. At least, most of us have learned that when viruses emerge in a population with no defenses in place, these tiny creatures can be efficient killers and disrupt life as we know it. But what causes a virus to turn from dormant to killer? According to recent research, this may involve a complex decision-making process.

Tel Aviv University researchers looked at a group of viruses called bacteriophages, or phages for short. Phages are viruses that attack bacteria. Some types of phages can remain in a dormant state inside bacteria, replicating, but do not damage their hosts.

Phages, researchers say, make the decision about when to stay dormant and when to become active based on information not only from the host bacteria, but from surrounding bacteria as well.

This process can be understood through the framework of game theory, a theory that explains how entities with conflicting interests and goals respond to actions among players, researchers say.

Bacteria that host phages produce a peptide signal called arbitrium. Phages have special receptors that monitor these signals. Because a phage is monitoring arbitrium traffic — even when the phage is in a dormant state — it knows when nearby bacteria are infected with other phages.

When the bacterium hosting the phage begins to exhibit a lot of DNA damage, that would normally signal to the phage to break out and find a host with a longer life expectancy. However, this new research shows the decision is not so simple.

If the surrounding bacteria also host phages (a bacterium can host only one dormant phage at a time), then the phage might decide its odds are better staying put and giving the bacterium a chance to repair the damage. If the phage breaks out now, it might not be able to find a new host. To decide to become active or to remain dormant, the phage weighs information from many sources.

Game theory has been used to analyze economic and social behavior, and a great deal of biological behavior as well. You can analyze the dance between the superpowers during the Cold War in terms of game theory; how workers and employers behave in the job market; the negotiations between Russia and the rest of the world over the war in Ukraine. Or, how a virus can bring the world to its knees.

Game theory can be useful in understanding the current pandemic, and not just the behavior of the virus that causes COVID-19, but our response to it as well, explains Bud Mishra. As a professor of mathematics and computer science at New York University, Mishra is an expert in computational and systems biology, and has studied game theory in relation to cancer and the immune system.

What we often call the “arms race” between an evolving virus and the evolving immune defense is a game, explains Mishra. Each player — in this case a virus and a human immune system — responds to the actions of another player.

We are playing this game today as we develop vaccines, and boosters, against the virus that causes COVID-19 — and as we try to adjust our tactics to prepare for each new variant. While it’s useful to anthropomorphize these interactions, the game is a matter of the evolving virus as it makes variants, and the innate, as well as adaptive, immune responses the body uses to create antibodies against the virus, says Mishra.

But game theory is not limited to the lab. You can also analyze our political and social response to the pandemic through game theory, Mishra says. Game theory can help us understand how people respond to information, to choose to get vaccinated or not, how people assess risk to wear masks or when to go out, and how people weigh the costs of isolation with the benefits of staying home.

Dealing with the threat of COVID-19 involves understanding how the game is played at the “molecular level, the viral level, the immunological level, and at the global social level, in all its diversity and heterogeneity,” says Mishra. “We need to think of them all simultaneously.”