Fundamentalists are not as "intelligent" 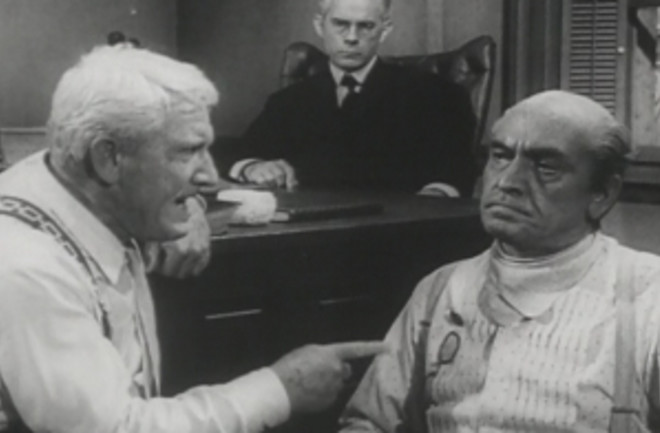 Yesterday I pointed to an OKCupid study on personals ads on their network. I didn't highlight the fact that the analysis of the ads seem to suggest that secular people have more sophisticated prose, and that of those who claim a religious affiliation the less strongly committed tend to be more sophisticated. The blog Political Math is skeptical of the findings, and points to some evidence that the analytic technique might be biased against the type of things religious people are prone to say. That's fine, but there are two major issues with this sort of objection. First, there are clear confounds here which could be responsible for this correlation. Both blacks and Latinos seem less sophisticated, while Asians and Indians seem more so. The overwhelming majority of blacks are Protestants, and a majority of Latinos are Roman Catholic, and both of these religious groups rank low on sophistication according to OKCupid. Conversely, Hindus and Buddhists rank high. Though most Asian Americans are not Buddhists, around half of American Buddhists are Asian American. And the vast majority of American Hindus are Indian. As I noted yesterday the results correlate rather well with educational attainment by group in the USA. But there's a bigger issue: these sorts of data need to be interpreted in the framework of prior expectations, and the fact is there's plenty of robust data to show that religious people in the United States are, on average, not as intelligent. More specifically, people with what we might term "fundamentalist" views are not as intelligent as those without. In the title I put intelligence in quotes because I know some readers may object to the term. That is fine. By intelligence I'm talking about the set of skills which translate into academic success. For example, aptitude tests, or realized educational attainment. So just substitute those words into the term "intelligence" from now on if you think it's not a useful definition, since I assume you will accept that there are real skills which people who do well academically have (in other words, academic success is not just arbitrary). Using the WORDSUM GSS variable it is rather clear that even when controlling for educational attainment those with fundamentalist religious views are not as intelligent. WORDSUM is a 10-word vocab test which has a correlation of 0.70 with IQ. I've limited the sample below to non-Hispanic whites in the 2000s (for what it's worth, blacks show the same pattern as whites do, but since their WORDSUM scores are considerably lower, and, they're more fundamentalist, it exaggerates the effect if I leave them in the sample). Let's focus on the BIBLE variable, which basically asks respondents whether their view of the Bible is literal, inspired, or that it is a book of fables. I've also taken DEGREE, and combined those with university degrees and higher into one class, and those without university degrees into another. The bar chart below shows the proportions within each respective class which are in the "low", "middle", or "high" brackets in WORDSUM (scores 0-4, 5-7 and 8-10, which come out to 14, 58, and 28 percent in the total non-Hispanic white population in the 2000s).

If you go into the GSS and poke around the regression features, and try and predict WORDSUM with other variables, you see that both DEGREE and BIBLE seem to have similar equal independent effects. In contrast, the strength of belief in God and socioeconomic factors don't seem to matter much. In other words, you can argue that atheists and high SES people have higher WORDSUM values because these groups are more educated and such. But even when you hold education and socioeconomic status equal between fundamentalists and non-fundamentalists, the former seem to score lower than the latter on WORDSUM. To replicate, go to http://sda.berkeley.edu/cgi-bin/hsda?harcsda+gss081. Enter: row: WORDSUM(r:0-4"Low";5-7"Middle";8-10"High") column: BIBLE(r:1"Literal";2"Inspired";3"Fables") control: DEGREE(r:0-2"No College Degree";3-4"College Degree") select: race(1) hispanic(1) Addendum: Readers may be curious to know that when it comes to a variable like EVOLVED, whether someone is a Creationist or not seems to be driven more by ideological characteristics, not attributes like intelligence or educational attainment. Once you control for someone being a fundamentalist or not, WORDSUM and DEGREE are not very important. Image Credit: Wikimedia, Inherit the Wind 1960