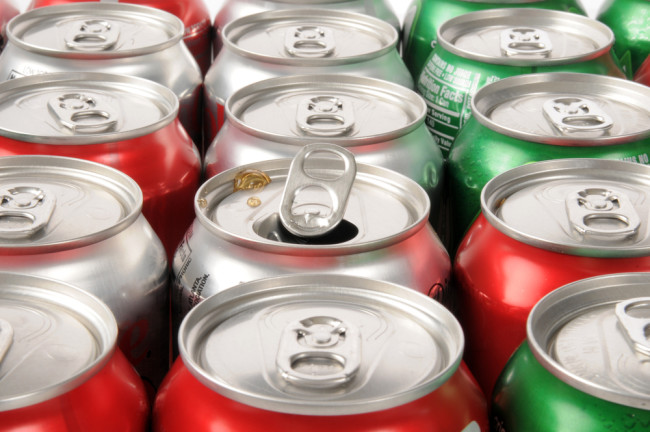 Fructose and glucose are both sugars, they’re both prevalent in our diets and they both contain the same amount of calories. But one sugar makes you crave junk food more than the other. When compared to glucose, consuming fructose — ubiquitous in soft drinks and juices — enhances the brain’s sensitivity to images of fatty foods, increases cravings, and even makes people more willing to give up long-term monetary rewards in favor of a high calorie snack’s instant gratification.

Researchers recruited 24 volunteers and performed a battery of tests to pinpoint the ways fructose and glucose affect the body differently. First volunteers were asked to rate their desire for food on a scale from one to 10. They were then given a 10-ounce glass of cherry-flavored liquid to drink that was sweetened with either glucose or fructose. Afterward, researchers had volunteers look at a series of images, some food-related, while measuring their brain activity with fMRI imaging. Volunteers also gave blood samples and answered questions about whether they'd rather have a food item now or a monetary reward one month later. Each volunteer went through the same process for both glucose and fructose, and researchers compared between the two tests. 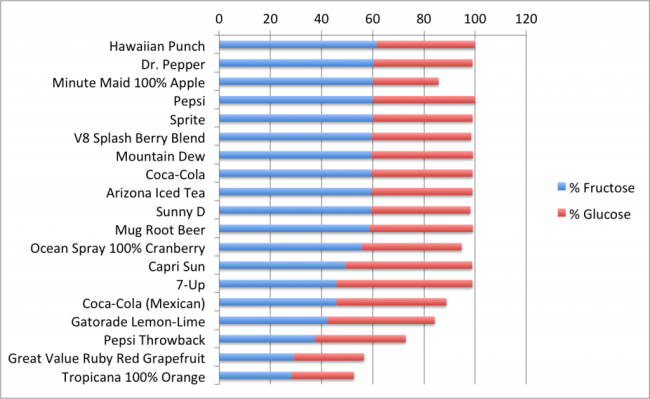 Sugar content of various beverages. Data from Walker et al, "Fructose content in popular beverages made with and without high-fructose corn syrup"

Fructose on the Brain

Researchers found that when a volunteer who had consumed fructose viewed images of food, their visual cortex was more active than when they had consumed glucose. Further, a region of the brain that plays a role in reward processing was also more active when volunteers consumed fructose. The elevated activity levels in those two parts of the brain may explain another observation: Fructose drinkers were more likely than glucose drinkers to choose a high-calorie food reward over a later monetary reward. In other words, food cues exert more sway than cash when you drink fructose rather than glucose. This may be due to the way fructose is metabolized in the body. When researchers took blood samples, they noticed insulin levels were strikingly lower in fructose drinkers than glucose drinkers. When we eat food our pancreas secretes insulin to not only refuel our cells, but to also tell our brains that we are “full.” Without insulin, that message never reaches the brain.

Fructose is known to be processed differently in the body than other sugars, elevating blood lipid levels and making the body less sensitive to insulin. And high-fructose corn syrup specifically has gotten a lot of that scrutiny. But fructose is also the naturally occurring sugar in fruits, and so fruit juices turn out to be higher in the stuff than most sodas are (see above). So if you’re looking to keep your diet on track, it seems, start by paying attention to not just how much sugar you're consuming, but also which kinds.