Friday Flashback: How good is cola for dissolving bezoars? 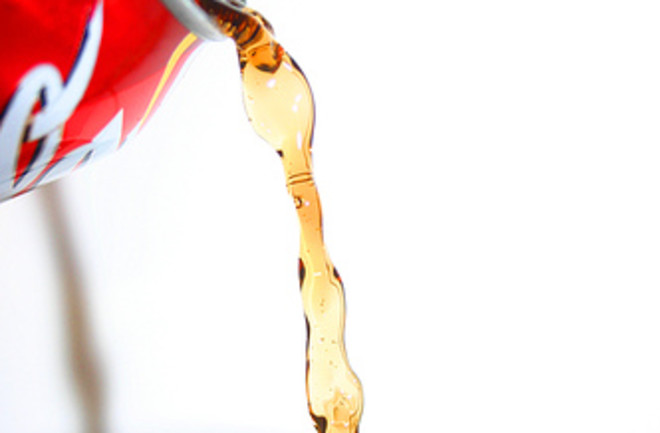 Photo: flickr/VinnlDespite what Professor Snape would have you believe, bezoars--which are basically clumps of indigestible matter that are too large to pass out of the stomach-- are not restricted to goats. In fact, they are not uncommon in people, where they are most often composed of pumpkin seed hulls, persimmon skins, and chewing gum. This paper describes a rather common way to dissolve a phytobezoar (a bezoar made up of plant material, like pumpkin seed hulls): filling up the stomach with obscene amounts (3 liters!) of Coca-Cola. Apparently, this breaks up the solid clumps enough that they can pass out of the stomach. Beware, the images after the jump are a little intense!How good is cola for dissolution of gastric phytobezoars? "AIM: To evaluate the efficacy of cola treatment for gastric phytobezoars, including diospyrobezoars. METHODS: A total of 17 patients (range: 48 to 78 years) with symptomatic gastric phytobezoars treated with cola and adjuvant endoscopic therapy were reviewed. Three liters of cola lavage (10 cases) or drink (7 cases) were initially used, and then endoscopic fragmentation was done for the remnant bezoars by using a lithotripsy basket or a polypectomy snare. The overall success of dissolving a gastric phytobezoars with using three liters of cola and the clinical and endoscopic findings were compared retrospectively between four cases of complete dissolution by using only cola and 13 cases of partial dissolution with cola. RESULTS: After 3 L of cola lavage or drinking, a complete dissolution of bezoars was achieved in four patients (23.5%), while 13 cases (76.5%) were only partially dissolved. Phytobezoars (4 of 6 cases) were observed more frequently than diospyrobezoars (0 of 11) in the group that underwent complete dissolution (P = 0.006). Gender, symptom duration, size of bezoar and method of cola administration were not significantly different between the two groups. Twelve of 13 patients with residual bezoars were completely treated with a combination of cola and endoscopic fragmentation. CONCLUSION: The rate of complete dissolution with three liters of cola was 23.5%, but no case of diospyrobezoar was completely dissolved using this method. However, pretreatment with cola may be helpful and facilitate endoscopic fragmentation of gastric phytobezoars."