Friday Flashback: A scientific use for... used tampons?!? 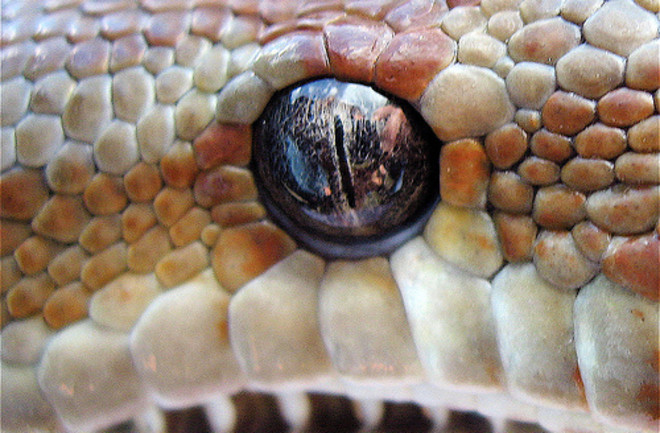 Photo: flickr/jurvetsonThis has got to be one of the most gnarly Materials and Methods sections ever published. In this study, the scientists were investigating whether brown tree snakes would strike at objects soaked in human blood. A reasonable question, really. But where to get such targets? Why, used tampons, of course!

“Ten specimens of Boiga irregularis were presented with clean or bloody tampons. The latter were used by women during menses. Trial duration was 60 sec, intertrial interval was 24 hr, and the dependent variable was rate of tongue flicking (a measure of chemosensory investigation). Bloody tampons elicited significantly more tongue flicking than did control tampons. An additional snake is shown attacking and ingesting a soiled tampon, confirming that chemosensory interest was associated with predatory behavior.” Bonus figure legend from the main text of the paper (we decided to spare you the actual figure): “FIG. 1. (A) A brown tree snake investigates a soiled tampon suspended into its cage. (B) Seconds later the snake bites the tampon. (C) About 2 min following the bite, the snake is shown with only the string remaining unswallowed. This snake then struck andswallowed a second soiled tampon.”