Found: The Genes That Help Tibetans Live at the Top of the World 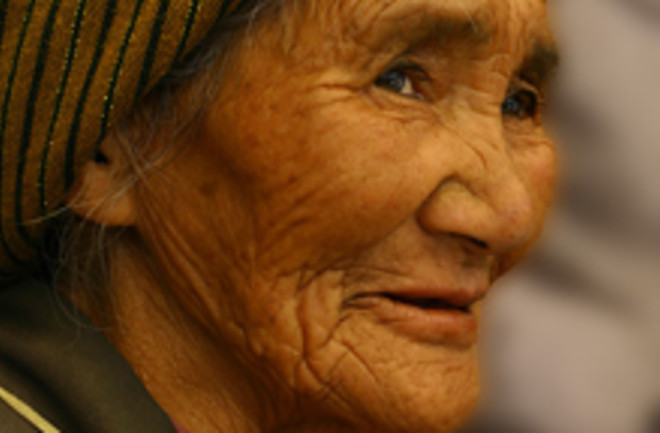 Tibetans not only occupy one of the most extreme locations on Earth, they've been doing it for thousands of years. This week in a study in the journal Science, scientists have for the first time picked out the particular genetic features that allow these people to survive in the low oxygen levels of the Tibetan Plateau, which is around 15,000 feet above sea level. Curiously, the way they have evolved to survive is unlike that of other high-altitude dwellers around the world. The American and Chinese researchers doing the study started by keying on 247 genes that looked like good candidates—they tended to change across populations, and seemed to play a role in controlling a person's blood oxygen level.

Then they analyzed segments of DNA that include those 247 genes in 31 unrelated Tibetans, 45 Chinese, and 45 Japanese lowland people whose DNA was genotyped in the HapMap Project. By identifying regions that had a characteristic signature of being strongly altered by natural selection, they were able to identify relatively new gene variants that had swept through highland Tibetans, but not Chinese or Japanese lowlanders [ScienceNOW].

Ten of the genes turned out to be particularly promising, with two, called EGLN1 and PPARA, showing up in the Tibetans who had the lowest levels of oxygen in their bloodstream. That sounds strange at first. Typically, people who visit high-altitude locales tend to develop higher red blood cell counts and high concentrations of hemoglobin—which carries oxygen from the lungs—as their bodies try to adapt to the decreased oxygen in the atmosphere. Even some permanent mountain dwellers, like people in the Andes Mountains of South America, show this pattern. They've adopted high hemoglobin concentrations to survive there. But not so the Tibetans. Increasing one's hemoglobin can make blood too viscous, which is part of the reason people who visit Tibet often end up suffering health problems. Instead, over the presumably many thousands of years in Tibet, the people evolved to live with relatively low concentrations of hemoglobin, which must then act with great efficiency to keep enough oxygen in their blood. Scientists had seen this before, but now that they have pinned down some of the genes responsible, they can begin to investigate how exactly the Tibetans' systems pull this off.

"What's unique about Tibetans is they don't develop high red blood cells counts," Dr. Josef T. Prchal, study co-author and a hematologist and professor of internal medicine at the University of Utah, said in a news release. "If we can understand this, we can develop therapies for human disease" [BusinessWeek].

Bad Astronomy: From Tibet to Infinity And Back Again