What can studies of pornography, prostitutes and seedy truck stops contribute to society? 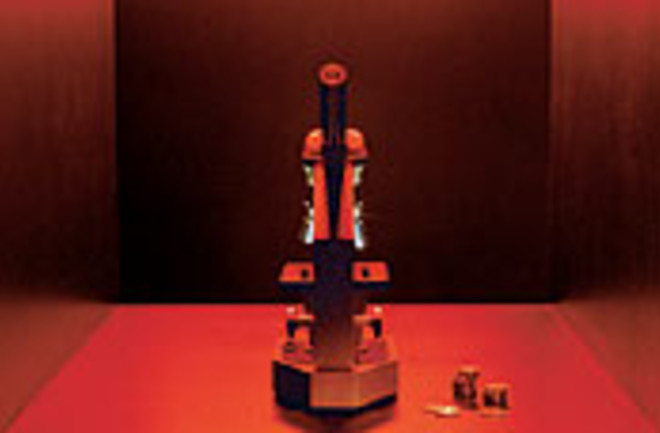 Yorghos Apostolopoulos was at his office at the Emory University School of Medicine in Atlanta last October when his red voice-mail light started glowing. When he picked up the phone, he heard a somber voice. “We need to speak,” said the caller, a program officer at the National Institutes of Health, which funds Apostolopoulos’s research on infectious disease. Her voice was drained of its usual casualness. “Don’t have any of your assistants call,” she said. “I want to speak with you personally.”

Apostolopoulos is a confident Athenian with a mop of salt-and-pepper hair and an intensity that belies his compact frame. With the NIH’s help, he has been pursuing a cutting-edge question about human behavior: How do networks of people—in particular, long-haul truck drivers—work together to accelerate the spread of an epidemic, even when some of them don’t know one another? Epidemiologists have long connected the spread of HIV in sub-Saharan Africa with truckers who get infected on the road and bring the virus home to their wives and girlfriends. But does the same hold true in the United States?

Working with a team of ethnographers, who study different cultures, Apostolopoulos and his partner Sevil Sönmez burrowed into the hidden world of truck stops, first in Arizona, then in Georgia. They began mapping the overlapping groups of people who come into contact with drivers: prostitutes (sometimes called lot lizards), drug suppliers, cargo unloaders, and male “truck chasers,” who fetishize drivers. The researchers conducted extensive interviews to understand how truckers’ occupational stresses led to depression, drug abuse, and unprotected sex. And they have collected blood, urine, and vaginal swabs from drivers and members of their social network to map how infection travels from state to state.

Apostolopoulos considered his work essential, but not everyone agreed. That’s why the NIH officer was calling: Apostolopoulos’s name had topped an alphabetical listing of more than 150 scientists whose research was being challenged by conservative political activists. An 11-page list of NIH-funded grants was circulating around Capitol Hill and had been sent by a congressional staffer to NIH’s Maryland campus. Now the Emory research was being targeted by a group called the Traditional Values Coalition. “Wait until you see how angry the American people get when they discover . . . NIH [has] been using federal tax dollars to study ‘lot lizards,’” coalition director Andrea Lafferty declared in an open letter. “What plausible defense can be constructed for ‘investigating’ the sexual practices of prostitutes who service truckers?”

As almost anyone who has followed the exploits of Bill Clinton or Pee Wee Herman knows, humans will place themselves at tremendous peril to satisfy themselves sexually. From an evolutionary standpoint, this makes sense. To pass our genes on to the next generation, we must engage in an activity that puts us at risk for disease and injury. Natural selection has endowed us with a hormonal system that sends us urgent psychological messages to have sex. It has also created considerable redundancy in how we receive sexual cues, making it hard for any single mechanism to shut down our libidos. “This is a very complex system, where the complexity is part of its evolution,” says Kim Wallen, an Emory University neuroendocrinologist.

Because it is intricate, there is much about sexuality that we don’t know, and we have few answers for many practical health questions. Why do people have unprotected intercourse, knowing they could become infected with a lethal virus? Why does female dysfunction remain resistant to treatments like Viagra? Trying to untangle these questions has required sophisticated research tools, and over the past decade a two-tiered approach has emerged.

The first involves probing the brain to understand the nature of sexuality. At Northwestern University in Evanston, Illinois, for instance, psychologist J. Michael Bailey and his former graduate student, Meredith Chivers, have discovered that men and women are fundamentally different in their arousal patterns. Bailey and Chivers fitted their research subjects with instruments designed to measure blood flow to their genitals, then showed them explicit two-minute video clips. The male participants responded predictably: Heterosexuals were aroused when they watched women having sex with women; gay men responded to watching men having sex with men. But women had a different reaction: All the film clips aroused them equally. “Their sexual arousal doesn’t seem to map onto their stated sexual preference,” says Chivers, who is now a fellow at Toronto’s Centre for Addiction and Mental Health.