For some reason the "don't chew your food" diet never really took off... 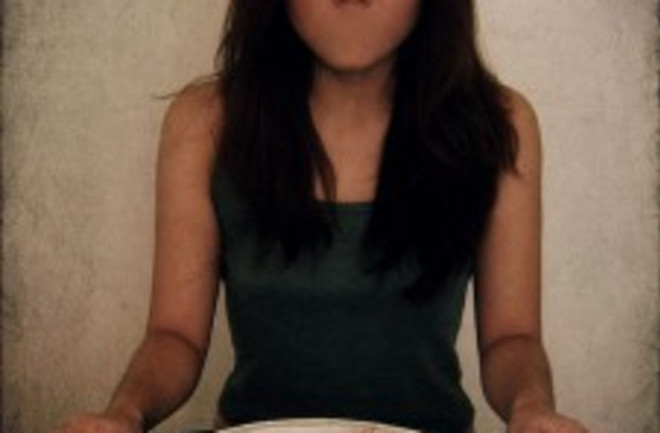 Image: flickr/Helga WeberThere have been loads of strange diet fads over the years, some with more scientific support than others. But in terms of crazy, the "diet" suggested by this study from 1986 takes the cake! Basically, the researchers had volunteers eat the same meal twice, once with chewing and once without. They then tested their blood sugar. Turns out that the blood sugar levels were more stable when the subjects swallowed the food without chewing, effectively turning high glycemic foods into lower glycemic foods. Like magic. Disgusting magic. With choking hazards.Swallowing food without chewing; a simple way to reduce postprandial glycaemia. "The degree to which disruption by mastication affects the glycaemic response to four different carbohydrate foods was investigated in healthy human volunteers; each food was eaten by six subjects. Subjects ate meals of sweetcorn, white rice, diced apple or potato on two occasions; on one occasion they chewed the food thoroughly, on the other occasion they swallowed each mouthful without chewing it. When the foods were chewed the postprandial blood glucose levels rose to levels which varied according to the food ingested. Swallowing without chewing reduced the glycaemic response to each food, achieving a similar effect as administration of viscous polysaccharides or 'slow-release' carbohydrates." Related content: Depressed? Try chewing some gum! NCBI ROFL: Prolonged chewing at lunch decreases later snack intake. NCBI ROFL: Presenting the Meatball-French fries-Meatball-French fries-Meatball-French fries-Cream-Brownie-Cream-Brownie-Cream-Brownie diet!