Flashback Friday: When eating nuts and having sex don't mix. 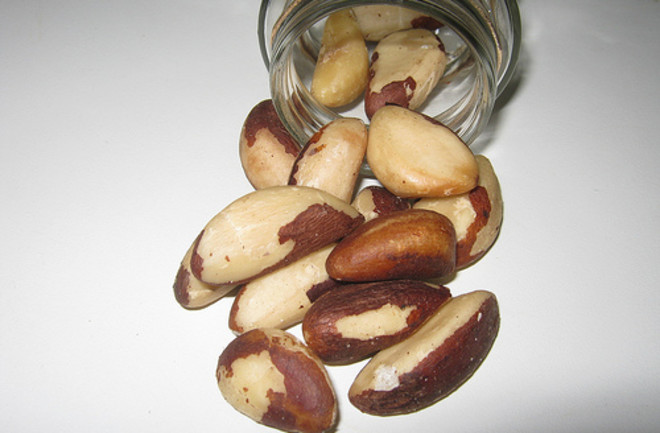 There are several medical case studies that we've covered that are so over-the-top-crazy that there is always at least one commenter who insists that, even though the story is published in a peer-reviewed journal, it has to be an urban legend (this one and this one are good examples). This is another such case study. It features a woman who is allergic to Brazil nuts, and a man who ate some and then slept with her. We'll let you read the rest to find out where the Brazil nut allergens ended up.

Dangerous liaison: sexually transmitted allergic reaction to Brazil nuts. “Brazil nuts are the second most frequent cause of nut allergy in the United Kingdom. We report the case of a 20-year-old woman with documented Brazil nut allergy who developed widespread urticaria and mild dyspnea after intercourse with her boyfriend who had earlier consumed Brazil nuts. Skin prick testing with the boyfriend’s semen after Brazil nut consumption confirmed significant reactivity whereas a sample before nut consumption was negative. We believe this to be the first case of a sexually transmitted allergic reaction.” Related content: Discoblog: NCBI ROFL: Oh, the irony! Discoblog: NCBI ROFL: Voodoo allergy cure fail. Discoblog: NCBI ROFL: Room for dessert: an expanded anatomy of the stomach.