Flashback Friday: What the shape of your nose says about your quality as a mate. 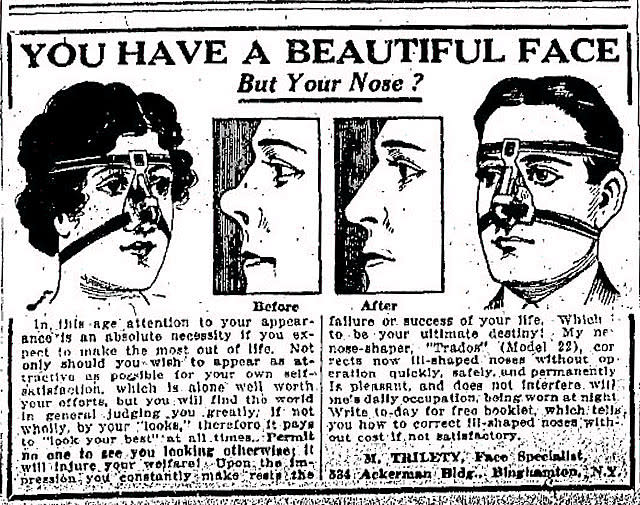 Compared to the noses of most other primates, the human nose is quite large and easily broken. Why have we evolved such a risky appendage? According to this study, it might be because of sexual selection — in other words, a nice nose acts as an indicator of an individual’s fitness as a mate. To test this hypothesis, the authors photoshopped either a man’s nose or mouth so that it looked slightly asymmetrical in some photos (see figure below) and then asked subjects to rate the photos for attractiveness. They found that only the nose manipulations made the faces more or less attractive, with centered nose tips being the most preferred. How this relates to fitness remains unclear, but you should probably get one of the devices shown to the left…you know, just in case.The spectacular human nose: an amplifier of individual quality? 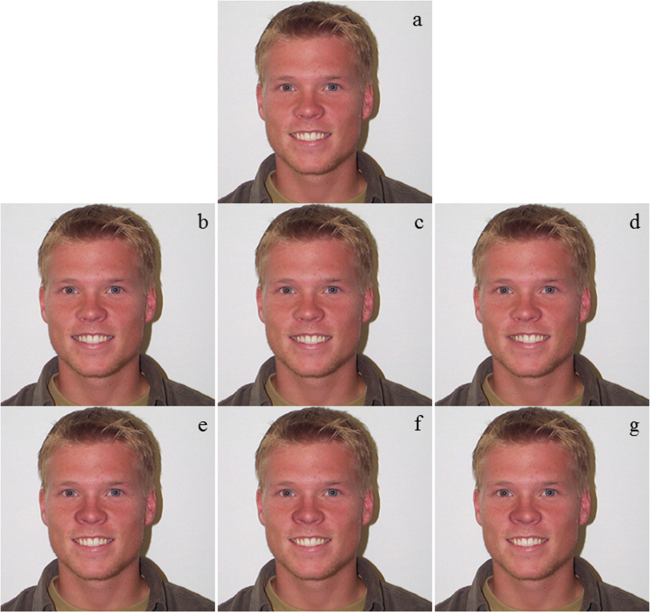