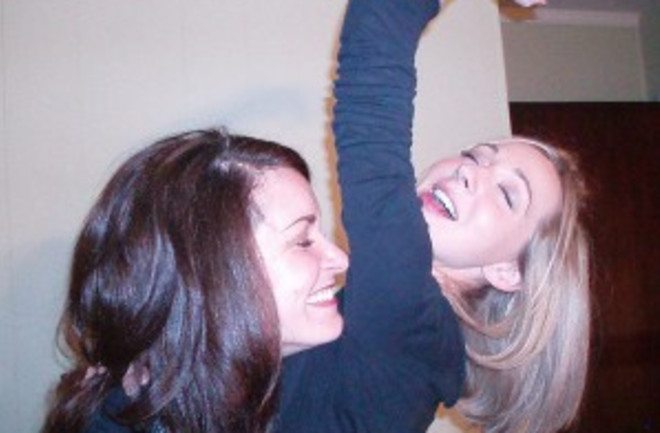 Photo: flickr/littlelovemonsterSmelling someone's stinky body odor can really bum you out, at least temporarily. But did you know that BO can communicate emotions directly? According to this study, human body odor may contain chemicals, also known as "chemosignals", that can carry information about emotional states. To test this hypothesis, the researchers evoked emotions in 12 men by showing them movie clips to make them either happy (e.g., “Bare Necessities” from The Jungle Book), afraid (e.g., clips from Schindler's List and Scream 2), or neutral (e.g., American weather forecasts). During each condition, the researchers collected sweat from the shaved armpits of the subjects. Later, they asked female subjects to smell the sweat samples, and they measured electrical impulses produced by facial muscles to track the women's facial expressions. Turns out that women smelling the "happy sweat" had happier expressions (including smiles) compared with those smelling neutral or fearful sweat (the latter of which elicited a fearful expression). So there you have it -- to get a boost of happiness, just find the happiest person in the room and take a whiff!A Sniff of Happiness "It is well known that feelings of happiness transfer between individuals through mimicry induced by vision and hearing. The evidence is inconclusive, however, as to whether happiness can be communicated through the sense of smell via chemosignals. As chemosignals are a known medium for transferring negative emotions from a sender to a receiver, we examined whether chemosignals are also involved in the transmission of positive emotions. Positive emotions are important for overall well-being and yet relatively neglected in research on chemosignaling, arguably because of the stronger survival benefits linked with negative emotions. We observed that exposure to body odor collected from senders of chemosignals in a happy state induced a facial expression and perceptual-processing style indicative of happiness in the receivers of those signals. Our findings suggest that not only negative affect but also a positive state (happiness) can be transferred by means of odors." Related content: Flashback Friday: Study proves “old person smell” is real. People can sniff out criminals…literally.Study finds that like yawning, sniffing is contagious.