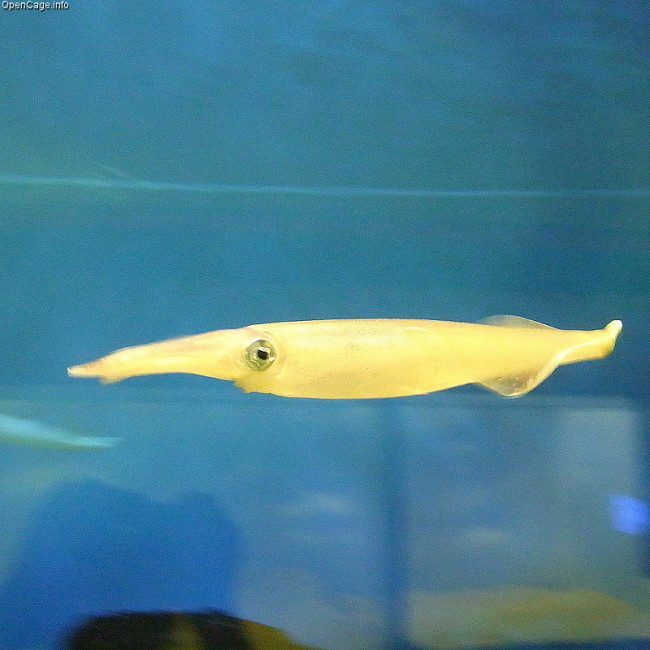 The sex life of the coastal squid (Loligo bleekeri) is pretty complicated. First off, the females get to mate with multiple males (a perk called polyandry) that come in two flavors. First, you’ve got your “consort males.” These (literally) big boys use pimpin’ color-changing displays to woo the ladies, and, if she’s down for it, he deposits his sperm into her oviduct and proceeds to hang around to make sure that his is the only sperm in there. Then, you’ve got your “sneaker males.” These underdogs are small and can’t contend with with consort males. Instead, right when the female is about to lay her eggs, these little guys swoop in and mate with the female and leave their sperm all over HER FACE. You might think that this, in terms of producing squid babbies, would be a total fail. But you would be wrong, because it turns out that female squid lay their eggs out the front, which works out pretty well for the sneaker males. However, the story doesn’t end there. It turns out that the sperm produced by sneaker males is much bigger than that of consort males, and this paper reveals that the sperm also behave differently — they actually swarm. These scientists have discovered that sneaker male sperm move as a collective, attracted to CO2 that is presumably produced by the eggs. Another reason to wish you were a squid.Sperm from sneaker male squids exhibit chemotactic swarming to CO₂. “Behavioral traits of sperm are adapted to the reproductive strategy that each species employs. In polyandrous species, spermatozoa often form motile clusters, which might be advantageous for competing with sperm from other males. Despite this presumed advantage for reproductive success, little is known about how sperm form such functional assemblies. Previously, we reported that males of the coastal squid Loligo bleekeri produce two morphologically different euspermatozoa that are linked to distinctly different mating behaviors. Consort and sneaker males use two distinct insemination sites, one inside and one outside the female’s body, respectively. Here, we show that sperm release a self-attracting molecule that causes only sneaker sperm to swarm. We identified CO2 as the sperm chemoattractant and membrane-bound flagellar carbonic anhydrase as its sensor. Downstream signaling results from the generation of extracellular H(+), intracellular acidosis, and recovery from acidosis. These signaling events elicit Ca(2+)-dependent turning behavior, resulting in chemotactic swarming. These results illuminate the bifurcating evolution of sperm underlying the distinct fertilization strategies of this species.” Related content: NCBI ROFL: Stinging in the oral cavity caused by ingestion of the sperm bags of a squid: a case report. Seriously, Science?: What do giant squid look at with their basketball-sized eyes? NCBI ROFL: The physics of penguin huddling.