Flashback Friday: Transfer of peanut allergy from a donor to a lung transplant recipient. 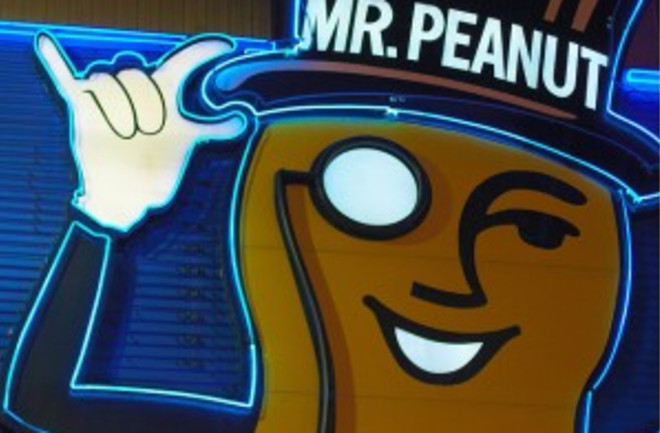 It's been a few years since we first blogged about this incredible case study. You can read the details below, but in short, an organ transplant recipient got more than she bargained for when she got a potentially fatal peanut allergy along with her "new" lung. This was made horribly apparent when she nearly died after eating a peanut butter cookie at a transplant recipient support group meeting. Yup--almost unbelievable. In fact, some of you, our dear readers, accused us of perpetuating an urban legend, an allegation countered by a follow-up post from our fellow

Discover Magazine bloggers, who contacted the authors of the original case study to check the facts. And yes, we also stand by our original claim (and post title: "Oh, the irony!") that this story satisfies at least one definition of irony. Transfer of peanut allergy from the donor to a lung transplant recipient. “Among solid organs, transfer of peanut allergy from donor to recipient has been implicated after liver transplantation. We report the first case in which such transfer occurred after a lung transplant. A 42-year-old woman with history of sarcoidosis underwent a successful bilateral lung transplant from a donor who died from anaphylactic shock after eating peanut-related food. Seven months later, she ate a peanut butter cookie at a transplant support group meeting. Immediately thereafter, she developed an anaphylactic reaction, but survived with prompt treatment. During subsequent follow-up, she could recall three prior episodes of wheezing and difficulty breathing after eating peanut-related foods. The first episode occurred 4 days after the transplant. Prior to her transplant, she never had problems eating peanuts. Skin-prick testing confirmed peanut sensitization. She avoided peanuts and, although her skin-prick test became negative, she still manifested peanut allergy when formally challenged orally with the food. She was advised to continue abstaining from all peanut-related foods. This case emphasizes the importance of considering donor allergy transfer when caring for all solid-organ transplant recipients in order to avoid a life-threatening event.” Related content: Discoblog: NCBI ROFL: That’s one miraculous conception. Discoblog: NCBI ROFL: My love for you has many layers, like the onion…that I put in your va-jay-jay Discoblog: NCBI ROFL: The mystery of the bottle cap in the knee.