Flashback Friday: Swearing when you hurt yourself actually makes it feel better. 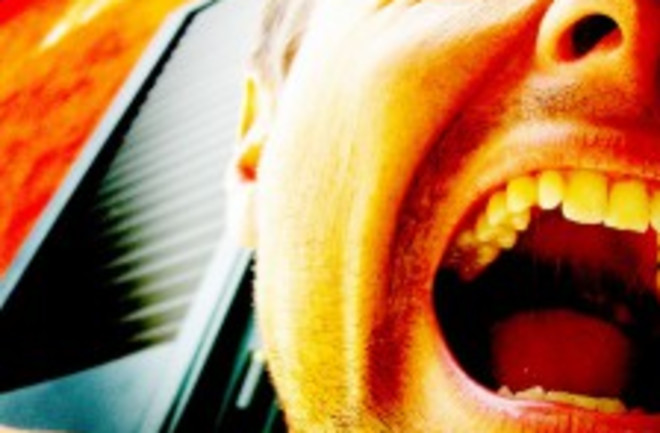 Photo: flickr/racchioWhen you stub your toe, the first words out of your mouth are probably NSFW. But does that string of curses actually do anything for the pain? In this study, the researchers tested whether swearing actually makes people more tolerant of pain. Since swearing varies from person to person, they asked the participants for "five words you might use after hitting yourself on the thumb with a hammer" and chose the first word on each list. They found that saying this swear word made people more tolerant of sticking their hand in icy water, and even lowered their perception of the pain, compared to saying a neutral word. The authors hypothesize that swearing "induces a fight-or-flight response" - basically, making people less afraid of the pain and more willing to confront it. Hardcore!Swearing as a response to pain. "Although a common pain response, whether swearing alters individuals' experience of pain has not been investigated. This study investigated whether swearing affects cold-pressor pain tolerance (the ability to withstand immersing the hand in icy water), pain perception and heart rate. In a repeated measures design, pain outcomes were assessed in participants asked to repeat a swear word versus a neutral word. In addition, sex differences and the roles of pain catastrophising, fear of pain and trait anxiety were explored. Swearing increased pain tolerance, increased heart rate and decreased perceived pain compared with not swearing. However, swearing did not increase pain tolerance in males with a tendency to catastrophise. The observed pain-lessening (hypoalgesic) effect may occur because swearing induces a fight-or-flight response and nullifies the link between fear of pain and pain perception." Related content: NCBI ROFL: Effects of playing video games on pain response during a cold pressor task.NCBI ROFL: Socially awkward? Just take a Tylenol.NCBI ROFL: Headaches induced by pornography use.