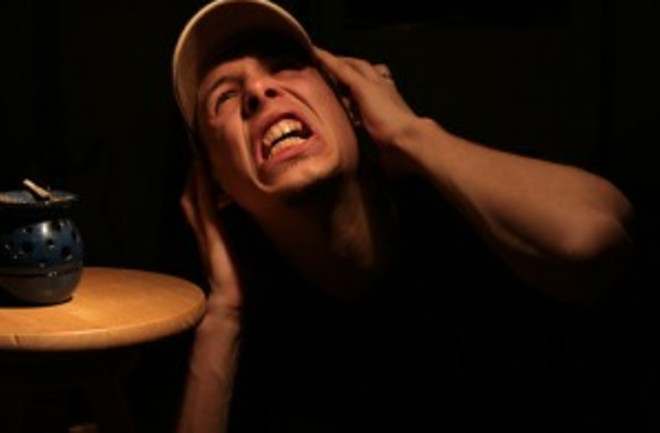 Photo: flickr/darkpatatorPop quiz: When is putting superglue in someone's ear a good idea? If you answered "Never!" then you are...wrong! That's because superglue is one of the only ways that doctors can remove smooth, round objects that get wedged in people's ears (see the first article below). But other than that, yes, putting superglue in your ear is a terrible idea. It's particularly bad because it sticks so well to skin--which you already know if you've ever accidentally superglued your index finger to your thumb. So how do doctors get the sticky stuff out? Well, according to the second article below, they can use warm 3% hydrogen peroxide to safely remove superglue without injuring delicate ear tissue. While I would never attempt that with my own ears, perhaps it might help the next time I superglue something to my finger?A new technique for removing foreign bodies of the external auditory canal. “Foreign bodies of the external auditory canal are a common and challenging problem. Several techniques have been described and utilized to remove the many objects placed in ears. The tightly wedged smooth round foreign body remains one of the most difficult to remove. A new method, using a cyanoacrylate adhesive (Super Glue) was used successfully to remove a soy bean in a 16-year-old male. The glue was placed on the blunt end of a cotton swab, which was then introduced into the canal to make contact with the bean. Removal was easy, safe, and effective. This procedure avoided the morbidity associated with many well known techniques, eg, the use of forceps, and may have prevented removal under general anesthesia.” A novel approach to the removal of superglue from the ear. “The ability of superglue (a cyanoacrylate adhesive) to bond strongly and quickly to skin presents considerable problems when it is inserted into the ear. A case of a patient who inadvertently self-administered Bostik superglue into her left external auditory meatus is reported. The superglue was removed successfully, in the form of a cast, with warm three per cent hydrogen peroxide without damaging the meatus or the typanic membrane. The use of hydrogen peroxide to remove superglue from the ear has not been described previously.” Related content: Discoblog: NCBI ROFL: Nasal leech infestation: report of seven leeches and literature review. Discoblog: NCBI ROFL: “Here’s egg in your eye”: a prospective study of blunt ocular trauma resulting from thrown eggs. Discoblog: NCBI ROFL: Top 5 insensitive titles!