Flashback Friday: On the purpose of kissing. 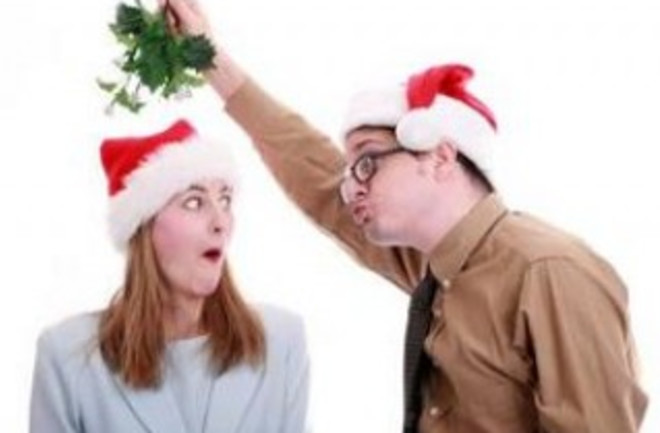 Have you ever really thought about how weird kissing is? Why do humans choose to mash their lips together as a display of affection? (The only other animals that we know do this are Chimpanzees

and bonobos.) The two scientific studies below set out to determine the function of kissing in humans. The first used a survey to find out why people kiss. Interestingly, the researchers found little evidence to suggest that the primary function of kissing is to promote sexual arousal. Instead, they think that kissing "serves a useful mate-assessment function"; apparently, women and people desiring a long-term relationship place more value on kissing. The second study focused on whether women place a higher importance on kissing when they're ovulating (suggesting, again, that it is important in mate assessment). They found that ovulation was indeed a key factor: "women in the follicular [fertile] phase of their menstrual cycle felt that kissing was more important at initial stages of a relationship than women in the luteal [infertile] phase of their cycle." So the next time you kiss someone, take detailed notes. Because it's not about arousal--you are supposed to be assessing your mate.

Examining the possible functions of kissing in romantic relationships. "Recent research suggests that romantic kissing may be utilized in human sexual relationships to evaluate aspects of a potential mate's suitability, to mediate feelings of attachment between pair-bonded individuals, or to facilitate arousal and initiate sexual relations. This study explored these potential functions of romantic kissing by examining attitudes towards the importance of kissing in the context of various human mating situations. The study involved an international online questionnaire, which was completed by 308 male and 594 female participants aged 18-63 years. Support was found for the hypothesis that kissing serves a useful mate-assessment function: women, high mate-value participants, and participants high in sociosexual orientation placed greater importance on kissing in romantic relationships and stated that an initial kiss was more likely to affect their attraction to a potential mate than did men, low-mate value participants or low sociosexual orientation participants. Kissing also seemed to be utilized in the mediation of pair-bond attachments: kissing was seen to be more important at established stages of relationships by low sociosexual participants, kissing was generally seen as more important in long-term relationship contexts (but particularly so by women), and kissing frequency was found to be related to relationship satisfaction. The findings of this research showed very little evidence to support the hypothesis that the primary function of kissing is to elevate levels of arousal." Bonus quote from the full text: "Other questions remain about the exact mechanisms by which kissing achieves its proposed functions. It is unclear, for example, whether kissing aids in the process of mate assessment by facilitating the evaluation of pheromonal cues for overall health, genetic fitness, or menstrual cycle phase and fertility, or alternatively by aiding gustatory assessment of skin oils and saliva compounds. Similarly, while it is likely that kissing functions to mediate attachment in a similar fashion to other forms of close physical affection (such as hugging or touching), it is not known whether this process works by affecting arousal levels, by reducing stress, by instigating the release of neurotransmitters (endorphins or oxytocin/vasopressin), or by directly affecting the dopaminergic reward centers of the brain. At this point, investigations into the functions of romantic kissing in mate assessment and pair-bond maintenance are still in their infancy and future research in this field would benefit from study designs based on more methodologically challenging experimental designs that examine each of these proposed mechanisms in greater detail." Menstrual cycle effects on attitudes toward romantic kissing. "Hormonal changes associated with the human menstrual cycle have been previously found to affect female mate preference, whereby women in the late follicular phase of their cycle (i.e., at higher risk of conception) prefer males displaying putative signals of underlying genetic fitness. Past research also suggests that romantic kissing is utilized in human mating contexts to assess potential mating partners. The current study examined whether women in their late follicular cycle phase place greater value on kissing at times when it might help serve mate assessment functions. Using an international online questionnaire, results showed that women in the follicular phase of their menstrual cycle felt that kissing was more important at initial stages of a relationship than women in the luteal phase of their cycle. Furthermore, it was found that estimated progesterone levels were a significant negative predictor for these ratings." Related content: NCBI ROFL: Valentine's Day Special: Kissing right? On the consistency of the head-turning bias in kissing.NCBI ROFL: Kiss my cytomegalovirus!NCBI ROFL: Wham, bam, thank you ma'am: an evolutionary perspective.