We have had a number of lively discussions on CV as of late (e.g., here and here) on the state of health care in the United States. Capitol Hill is at present completely consumed by healthcare reform. All of us interact with caregivers at some level, at some time in our lives, and thus we have a personal stake in the discussion. But why all the fuss about medical care at this particular moment? Are there not much more important issues to discuss? (Gravitational lensing? Dark Matter? Atheism?) Perhaps President Obama can help put it all in perspective:

...the greatest threat to America's fiscal health is not Social Security, though that's a significant challenge; it's not the investments that we've made to rescue our economy during this crisis. By a wide margin, the biggest threat to our nation's balance sheet is the skyrocketing cost of health care. It's not even close.

Without a doubt, medical care in the United States is in crisis. It is unsustainable as currently conceived, and it is failing its population in important ways. 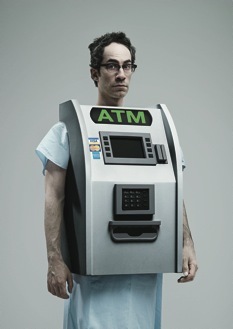 For "heroic" procedures our hospitals remain among the best in the world, but for day-to-day care our system is lackluster at best. Our life expectancy is considerably below most other industrialized nations: the average American lives five (5!) years less than their Japanese counterpart (Table 1 of the latest WHO report). This should shock and appall all Americans. Five extra years of life is a big deal. I'd be into that. A couple of months ago the New Yorker had a nice article by Atul Gawande on the problems with medical care in the US. Gawande is a surgeon at Harvard, and I find him to be one of the more interesting and thoughtful commentators on medicine. In this article he explores the community in the US with the highest per capita medical costs. Care to guess which town? McAllen, Texas, in Hidalgo County. Gawande explores how this has come to pass, and highlights many of the fundamental problems facing our health care system along the way. For example, one of the defining characteristics of medical care in McAllen is that patients on average get more care than usual. They are not healthier than average. They just pay more, for more tests, more visits, more procedures:

Americans like to believe that, with most things, more is better. But research suggests that where medicine is concerned it may actually be worse. For example, Rochester, Minnesota, where the Mayo Clinic dominates the scene, has fantastically high levels of technological capability and quality, but its Medicare spending is in the lowest fifteen per cent of the country—$6,688 per enrollee in 2006, which is eight thousand dollars less than the figure for McAllen. Two economists working at Dartmouth, Katherine Baicker and Amitabh Chandra, found that the more money Medicare spent per person in a given state the lower that state’s quality ranking tended to be. In fact, the four states with the highest levels of spending—Louisiana, Texas, California, and Florida—were near the bottom of the national rankings on the quality of patient care.

The condensed version of what is wrong: The incentives in medical care are structured to maximize profit, and not to maximize health. Or even more condensed: Health care is a for-profit business. There are notable exceptions, with the Mayo Clinic, based in Rochester, MN, providing an extreme example. As Gawande touches upon, there is some hope that Mayo could be used as a model for a different sort of health care. But at present Mayo is certainly the exception which proves the rule:

But decades ago Mayo recognized that the first thing it needed to do was eliminate the financial barriers. It pooled all the money the doctors and the hospital system received and began paying everyone a salary, so that the doctors’ goal in patient care couldn’t be increasing their income. Mayo promoted leaders who focussed first on what was best for patients, and then on how to make this financially possible. No one there actually intends to do fewer expensive scans and procedures than is done elsewhere in the country. The aim is to raise quality and to help doctors and other staff members work as a team. But, almost by happenstance, the result has been lower costs. “When doctors put their heads together in a room, when they share expertise, you get more thinking and less testing”

There is no quick fix. And I'm not sure I find Gawande's suggestions for progress all that compelling. But he does an admirable job of exploring some of the complexity of the problem. The vast majority of us living in this country will interact with the medical establishment at some point in our lives, for better or worse. And there are many reasons to be concerned. I want my five extra years of life.