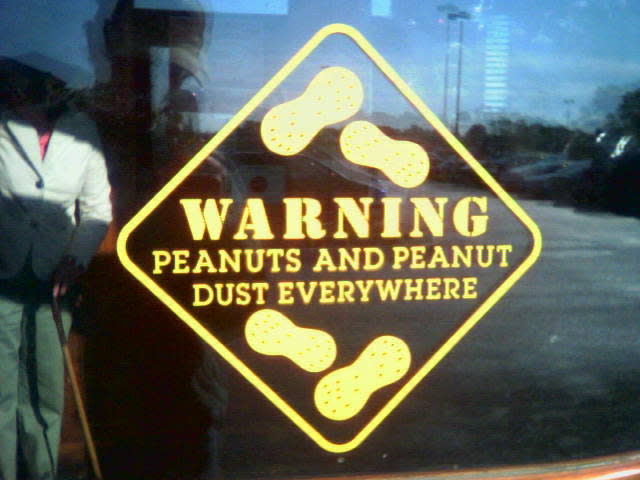 How do you treat a peanut allergy? Unfortunately for sufferers of this nut intolerance, you don't. There is no treatment currently available, but a new study suggests that being exposed to small amounts of peanut protein over time increases one's peanut tolerance. A lot.

, which is a fancy way of saying they put a little bit of peanut powder under 20 allergic people's tongues. The exposure was repeated every day for about a year. The longer participants were exposed to the peanut powder, the less sensitive most participants became to it. Before the therapy began, researchers needed a baseline for peanut tolerance, so participants consumed a diluted form of peanut protein until they had an allergic reaction. Researchers made sure not to use any participants with a history of life-threatening allergic reactions. At the outset, the median tolerance of the 14 participants who responded to treatment was 3.5 mg. After 44 weeks of peanut therapy, the median increased to 496 mg. Of the participants that continued the study for another 24 weeks, the median jumped to 996 mg. That means the test subjects who responded to treatment could tolerate a whopping 285 times more peanut protein than before. A single peanut has about 161 mg of protein, according to a previous study

, which means participants still could still only handle about six peanuts' worth of the stuff. And desensitization to the protein is not the same as tolerating an actual peanut, so participants won't be eating PB&Js anytime soon. Still, in a medical testing setting, the results are encouraging. While an apple a day may keep the doctor away, a daily dose of peanut powder may do more for sufferers of peanut allergies. Image courtesy of Dan4th / Flickr