Fever of the Rat

The CruxBy Claire Panosian Dunavan, UCLA School of MedicineMar 1, 2018 1:07 AM 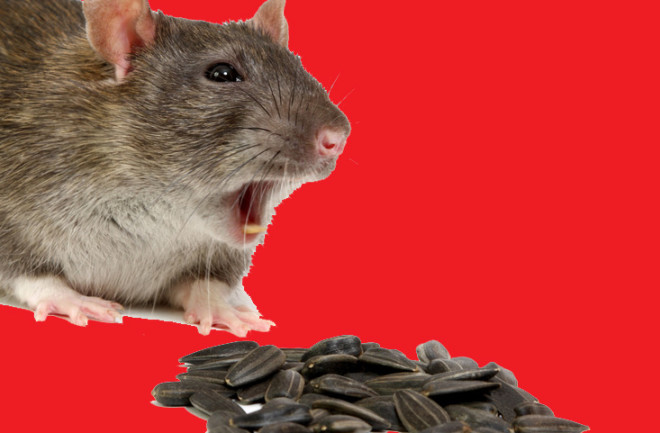 Beware, the biting rat. (Credit: Shutterstock) Back in the 1980s, S.O.S. calls after midnight were common in the field of infectious disease. And as soon as my pager started to trill, I turned on my bedside lamp and dialed—often within thirty seconds. One night, I connected to an intern I’ll call Paddy. The background din quickly spelled “E.R.” “Sorry to disturb you, Dr. P, but a woman woke with a rat on her face. Then the rat bit her lip.” First, I expelled a disgusted “yecchh,” then I asked a question. “Was she drunk and passed out when it happened?” I asked, trying to picture the scene. “Oh yeah,” came Paddy’s laconic reply. “But she’s definitely awake now—and she’s punctured. So what’s the antibiotic du jour?” I sifted some facts. “Penicillin,” I finally announced. “Or tetracycline if she’s allergic. Don’t forget a tetanus booster.” “Rabies prophylaxis?” “Nah. Unless she confused a rat with a bat. But bats have such tiny teeth you’d barely see the drill marks. I’d take the patient at her word.” And that’s where we left it in 1981, when I was a newbie specialist and early-morning chats (as opposed to Internet searches) were standard procedure. The patient got a small bottle of Amoxicillin—the following night, Paddy no doubt regaled colleagues over pints of Guinness—and, decades later, here I am still wondering about someone who narrowly dodged “rat-bite fever,” an infection usually caused by Streptobacillus moniliformis. Does this same microbe continue to menace today? To channel Paddy, who grew up near Boston’s wharves: “Oh yeah.” On the other hand, people and rodents are now communing in ways even Paddy might never have predicted.

For starters, rats don’t just up and attack. Which is not to say that infants, bed-bound seniors, and other defenseless people aren’t at risk for bites. Blame it on the siren call of food. In other words, many attacks begin when a venturesome Rattus norwegicus or Rattus rattus sniffs a tempting morsel or residue, be it ever so slight, on the face of helpless Homo sapiens. Now picture the diverse microbiota of rat-mouths, including wavy, beaded bacilli first described in 1914. Initially named Streptothrix muris ratti, two years later, the same bacteria grew from the blood of a laboratory rat handler who developed fever, rash, and arthritis. In a romantic nod to their resemblance to jewelry, the bugs would now be called Streptobacillus moniliformis (Greek streptos, curved or twisted + Latin bacillus, small rod; Latin monile, necklace + forma, appearance).

Streptobacillus moniliformis (Credit: J. Clin. Microbiol. September 2012 vol. 50 no. 9 3122-3124) Humans can also contract rat-bite fever by consuming food or drink fouled with rodent waste. This syndrome originally surfaced in 1926, when residents of Haverhill, Massachusetts drank unwholesome milk and suffered soaring temps, aching joints, and skin lesions ranging from flat, red spots to papules, pustules, and blisters—the same telltale features earlier linked to bites. As for dire consequences, consider this: Before penicillin and other antibiotics came of age in the 1940s and 1950s, rat-bite fever killed 10 to 15 per cent of its victims, inflicting special woe on people who had previously suffered rheumatic fever followed by cardiac damage. Once the beady bugs adhered to their scarred heart valves and formed rough, bacterial plaque, they were well and truly doomed. Today, rather than watching and waiting, I prefer preemptive antibiotics for patients bitten by rats—which is exactly what Paddy cottoned years ago. The same strategy also applies to people nipped by mice, guinea pigs, or gerbils.

In 2006, a medical photo quiz in Clinical Infectious Diseases described a 26-year-old resident of Boston with classic features of rat-bite fever, including fever, chills, and bumpy, red blisters. To be exact, the latter were “erythematous to dusky purple papules of 1-2 mm in diameter” which crusted and healed only to recur where they had previously erupted. This denizen of Beantown hadn’t passed out from the drink, however. Her risk factor was a weird stable of pets including a python, rats, ferrets, and tarantulas. Although she couldn’t recall a bite, the animal-lover cleaned her pets’ cages, potentially exposing her to tainted excreta. In a touching display of “the human-animal bond,” she also let her rats lick her teeth. Er, right. Naturally, it was Streptobacillus moniliformis, which eventually grew from the patient’s blood—a good reminder that an oddball dating from World War I continues to threaten today. Other revelatory facts?

Fast forward to 2017. From an article in the New York Times entitled “From the Subways to the Sofa: Pet Rats,” I learn that Etsy sells hammocks, sweaters, and comical costumes for rats (a slice of pepperoni pizza is especially popular). An accompanying photo reveals a charming, twig-thin blonde canoodling with an Upper West Side rogue named “Nibbler.” “I’ve definitely turned into a crazy rat lady,” she is quoted as saying, “but I’m totally O.K. with that.” Crazy was the word that stuck in my brain. Are people getting crazier? I wondered, or are some of us just dinosaurs for still loving dogs? Bottom line: it seems that rat-bite fever will continue to endanger humans for the foreseeable future.