Research into compassion fatigue suggests that the act of caring takes a toll on us. 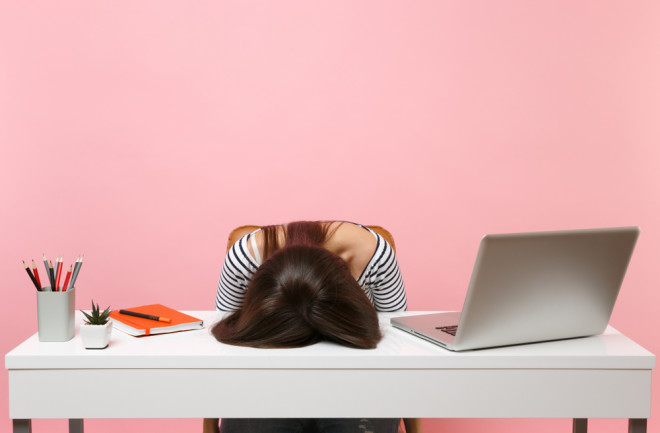 Right now, there are a lot of demands on our ability to feel for others: A global pandemic that has claimed well over 100,000 lives in the U.S. thus far. Continuing protests against police brutality and systemic racism. An unemployment rate that might not return to pre-pandemic levels for the better part of a decade. The fact that, even amidst all this turmoil, global temperatures are still rising.

Caring about any — or all — of that comes with a cost. For academics and clinicians, that toll is known as compassion fatigue. Psychologist Charles Figley defines the concept of compassion fatigue as “a state of exhaustion and dysfunction biologically, psychologically and socially as a result of prolonged exposure to compassion stress and all it invokes.” In other words, it’s the long-term consequences of caring for someone in pain — and potentially taking on some of their suffering in the process.

Those consequences can include anxiety, numbness, exhaustion and a sense of feeling depleted, with nothing left to give. It often happens to helping professionals like doctors and nurses. Long-term exposure to other people’s trauma can prompt depression and burnout for providers, plus poorer care and worse outcomes for their patients. “It’s essentially the collateral damage it does,” says Figley, director of Tulane University Traumatology Institute. “A kind of fingerprint left on that particular practitioner.”

But compassion fatigue can also hit the general population, particularly when many of us — and not just workers on the frontlines — are being exposed to the suffering of others over a prolonged period of time. “Based on what I’m seeing, I believe that there will be a spike in compassion fatigue,” says Figley. “People will feel bad about other people having it worse than they do.”

The Cost of Caring

The idea that exposure to someone else’s pain can cause harm is hardly new. In 1907, psychoanalyst Carl Jung warned that therapists may inflict damage on themselves by participating in traumatic fantasies along with patients who suffer from psychosis. But the term “compassion fatigue” was first introduced in 1992, when writer and nurse Carla Joinson used it to describe a unique type of burnout felt by some emergency department nurses. She noted that the job’s grueling nature — and the demands of responding to a patient’s trauma and emotional distress — often left these nurses tired, depressed, angry, ineffective and detached, resulting in a “loss of the ability to nurture.”

Throughout the 1990s, Figley continued to explore that toll, helping popularize the concept of compassion fatigue through his research. “As I see it, compassion fatigue is the cost of caring — it’s a very simple idea,” says Figley. “As a scholar and practitioner both, I’ve begged my colleagues to simplify what is the essence of this.”

Kerry Schwanz, a psychology professor at Coastal Carolina University, has more recently begun to study compassion fatigue. She says the concept is an umbrella term, where the burnout component refers to stress that builds up slowly up over time, often from being overworked. The other part, secondary traumatic stress, involves taking on somebody else’s stress and suffering. “I’ve started [thinking] of that as empathy overload,” says Schwanz.

When these factors overlap, they can cause anxiety, depression, loss of morale and physical and emotional exhaustion. Some of these symptoms may mimic PTSD, says Schwanz, like hypervigilance and depersonalization. “The helper can actually re-experience the event that the person was going through,” she continues. “The difference is that it’s not the person’s own trauma and stress, it’s indirectly experiencing someone else’s trauma and stress.”

Empathy — the ability to tune into the feelings and perspective of someone else — is often seen as a prerequisite for compassion. And research suggests that feeling empathy can sometimes result in compassion fatigue. But not all types of empathy are created equal. And, accordingly, the consequences of putting yourself in someone else’s shoes can vary drastically.

Michael Poulin, a professor of psychology at the University of Buffalo, has studied when empathy can be beneficial — and when it’s simply burdensome. “We use the term empathy in a lot of different ways,” he says. “Some people use it to mean, 'I feel concern for someone else. I understand what they feel, and it moves me to act. But some people use it to mean, 'I'm literally feeling what they feel. They’re suffering, and therefore I am suffering, too.' ”

In a study published in 2017 in the Journal of Experimental Social Psychology, scientists looked at how these two types of empathy impacted the physiological stress of someone helping others. Participants watched a video of a woman in distress, and while one group was tasked to simply think about how this woman might feel, others were asked to imagine how they would feel if they were in her position. The researchers found that the latter group — who were imagining themselves in the suffering woman’s place — saw their cardiovascular stress levels spike from a perceived threat, causing their blood vessels to constrict. The former group, who were just thinking about her feelings, experienced no such distress.

“It is possible to acknowledge another person’s distress and want to do something about it without necessarily taking that burden on yourself,” says Poulin, one of the study’s authors. “When you put yourself in another person’s shoes,” he continues, “you are taking a burden on yourself — you’re causing yourself stress.” And in turn, says Poulin, compassion fatigue is much more likely to happen if people are routinely trying to practice empathy by literally trying to feel what other people are feeling.

“Doing that sounds good and noble,” he adds. “I think we have this cultural belief that suffering is good for you — and that suffering on behalf of a moral cause makes it more noble. But suffering doesn’t necessarily lead to action.”