Facial Symmetry is Attractive, But Not Because It Indicates Health 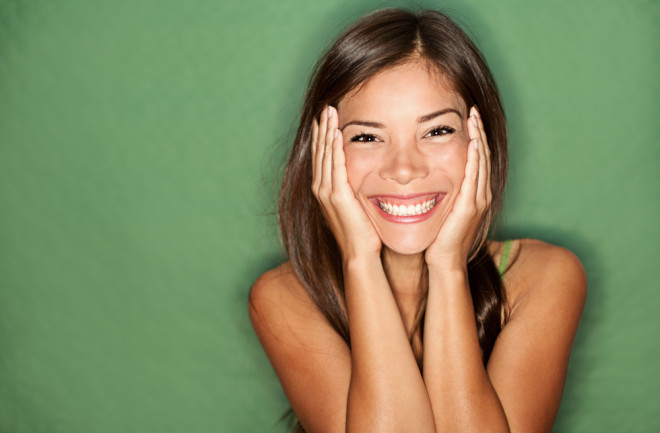 Symmetry is a beautiful thing — especially when it comes to potential partners. Studies have shown that people prefer symmetrical facial features in the opposite sex, which many scientists think evolved to help people choose the healthiest mate.

Yet a new large-scale study throws that into doubt, indicating that health during childhood has no impact on later facial symmetry.

Current logic holds that symmetry is beautiful because it suggests a relatively healthy childhood, free from diseases that could take their toll on facial features, causing subtle asymmetry — diseases such as chicken pox, mumps, whooping cough or tonsillitis. This theory is often cited in evolutionary models of human mate choice. Psychologist Nicholas Pound, a senior lecturer at Brunel University London, decided to test this assumption.

While a number of other studies have been conducted on the topic, according to Pound, they generally used fairly small sample sizes, and either employed short-term measures of health or relied on people’s memories of their past health experiences. Pound and his team overcame both of these hurdles, utilizing in-depth health data from 4,732 teenagers.

The data, collected from British children as part of the ongoing Avon Longitudinal Study of Parents and Children, were provided by each child’s primary care physician. Through a series of 12 questionnaires administered throughout each participant’s childhood, Pound and his team were able to get a clear look at their overall health, including any symptoms and infections they experienced, from stomach aches and rashes to influenza and scarlet fever.

In order to determine the degree of facial symmetry, the team acquired high-definition three-dimensional facial scans of each participant at age 15. Twenty-one separate facial landmarks were marked and measured, from which researchers were able to calculate an individual asymmetry score.

Their results were clear: Facial asymmetry in adolescents is in no way related to early childhood heath. Although asymmetry on a larger scale may be caused by “significant injuries, untreated infections and certain rare genetic disorders,” according to Pound, the subtle asymmetry of most people’s facial features has nothing to do with common diseases. The results were published today in the journal Proceedings of the Royal Society B.

The researchers suggest that our attraction to symmetry might be a byproduct of our sensitivity to these major asymmetries — or possibly just a reflection of our aesthetic appreciation of symmetry in art and nature.

Further research will therefore be needed to untangle the reasons for our attraction to symmetrical faces — but in the meantime we can rest assured that that childhood bout of chicken pox isn’t written all over our faces.