Eye of the Beholder

A boy’s mysterious injuries set off alarms at a pediatrics ward. 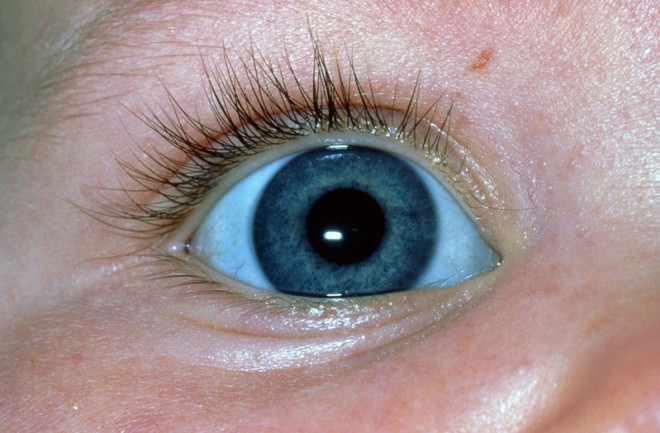 Bobby was an 8-year-old who lived with his family in a small town. His mother, Mary, took him to their family doctor to examine a limp the boy had developed. The doctor suspected a broken bone and referred him to a local emergency room.

X-rays showed he had a fractured left shin, which doctors placed in a cast. Bobby was then admitted to our ward at a children’s hospital because of concerns about possible child abuse. His mother said he was running and fell on the carpeted living room floor. But most boys don’t break their leg from that.

Mary seemed concerned about Bobby, but also a bit scattered. “It’s happened before, but not this bad,” she said.

“When you say it’s happened before, what do you mean?” I asked. She responded vaguely, saying he had broken at least one bone before this that had required a cast.

In his hospital room, I examined Bobby, who appeared short for his age. Other than the fractured shin, he had no bruises or other injuries.

But my supervising physician was worried. He popped his head into the room and motioned for me to join him in the hallway. “We need to page child protection,” he whispered. Most children’s hospitals have an in-house version of the service, which examines suspected cases of child abuse and neglect. I notified them.

Pediatricians are always on the lookout for injuries caused by physical abuse or neglect of a child. Obvious clues are bruises and broken bones that don’t quite make sense. Other signs, such as a child being extremely underweight, wearing dirty clothes or having unkempt hair, can suggest parents aren’t tending to their child’s basic hygiene and nutritional needs. But it’s important not to jump to conclusions.

Bobby’s medical chart from his hometown doctor was disturbing. He had fractured the same leg when he was 1 year old after falling on a carpeted floor. He had also recently broken his left arm. It’s unusual for even the clumsiest child to have several accidents resulting in fractures.

Bobby’s family doctor was also concerned about his small size and appetite. It wasn’t clear whether he was a picky eater or was malnourished due to parental neglect. For children who have limited calcium and vitamin D intake, perhaps from not drinking enough milk, bone formation can be affected, increasing the risk of fracture. And overall growth can be stunted by not receiving the right amount of nutrients.

The child protection services (CPS) covering the region where Bobby lived had been involved with the family since the boy was a month old. Mary was in her early 20s, and Bobby was her second child. She had no income to support the family and hadn’t finished high school. About six weeks after Bobby’s birth, CPS had ordered that she and the children live with Mary’s parents.

As a pediatrician in training, I had seen several cases that suggested neglect or physical abuse. None of them was clear-cut. In one case, there were concerns of nutritional neglect, but we discovered that the family simply was not educated about healthful foods.

But sometimes the opposite is true. One infant with a skull fracture and bruises also had bleeding at the back of his eyes (called retinal hemorrhages) and healed rib fractures. It turned out his parents, both courteous and well educated, were physically harming the child. When I examined Bobby, the statistics somberly played through my mind. In the United States, almost 700,000 children suffer abuse and neglect each year, with four-fifths of physical abuse inflicted by a parent.

Bobby’s mother seemed nice enough, but as abuse seemed more likely, I felt moments of anger and sadness rise and release inside me, like fireworks.

After the hospital’s CPS was contacted, I visited Bobby again in his hospital room. I asked more questions, focusing on the social and family history. I learned that Bobby was in fact a picky eater. He ate a lot of hot dogs and macaroni and didn’t drink much milk. But a history of physical abuse wasn’t clear.

“Is anyone else involved with Bobby’s care?” I asked Mary.

“What do you mean? Did you get injured a lot?”

“Yes. I would fall and hurt myself,” she said. “I think my bones are just sensitive.”

The family doctor had told her she had scoliosis, or curvature of the spine, and that one of her legs was longer than the other. I had noticed that Mary waddled, so this would explain it. She was also unusually short.

“So Bobby’s just like me, right down to our blue eyes. That makes us special, I think,” she said.

I was confused. Mary’s and Bobby’s irises were brown. But looking closer, I noticed the whites of their eyes, called the sclera, were a soft baby blue.

We took X-rays of Bobby’s entire body looking for healed fractures, which confirmed the injuries described in his medical history. The skeletal survey also revealed that Bobby had wormian bones, which appear on the skull as squiggles that look like worms. We performed a bone mineral density of the spine to test how strong his bones were compared with other children his age. His bones were significantly less dense. Bobby essentially had the skeletal strength of a 3-year-old, not an active 8-year-old running and jumping around the house.

Our working diagnosis was osteogenesis imperfecta (OI), or brittle bone disease, an extremely rare condition that weakens bones. Bobby had inherited the condition from his mother. He did not have scoliosis, but there can be an association between the conditions, meaning Bobby was at risk of developing scoliosis during his adolescent growth spurts.

OI encompasses a range of genetic diseases that result from faulty collagen, a building block for healthy bones. Without it, bones are weak and prone to fractures. Wormian bones are not harmful, but, like short stature, can be signs of the disease. Blue sclera, caused by light reflected off abnormally thin collagen fibers in the eye, can be another telltale sign.

We wanted to build up Bobby’s bone strength. To do this, we gave him an intravenous bisphosphonate, part of a class of drugs that fight bone loss, and a daily dose of vitamin D. We couldn’t change his body’s ability to make normal collagen, but we could optimize his bone mineralization through this treatment. Bone biopsies every six months would chart his progress.

We felt confident we had solved the mystery of Bobby’s condition. But child abuse can happen to children with OI, too, so social workers would continue to monitor the family.

I was initially surprised that so many doctors hadn’t noticed Bobby and Mary’s blue-tinged sclera. But then again, Mary had to tip me off to it. The condition is subtle and hard to notice under the fluorescent lights of a doctor’s office. It’s a good lesson: Sometimes insight into a diagnosis can arise out of the blue.

More From Discover
Health
Dietary Supplements Are No Substitute For a Healthy Lifestyle
Health
This is Your Brain Off Alcohol
Health
Is Crying Good For You?
Health
Social Isolation Increases Risk of Cardiovascular Issues
Health
For Vegans, Lifting Weights May Help Keep Bones Strong
Health
Choosing What Music You Listen To Could Relieve Pain
Recommendations From Our Store
My Science ShopDiscover STEM Kits
My Science ShopDiscover 2022 Calendar
My Science ShopStrange Science
My Science ShopElements Flashcards
Shop Now
Stay Curious
Join
Our List