Everything Worth Knowing About ... Sleep Disorders

Don’t let these ailments keep you up at night. 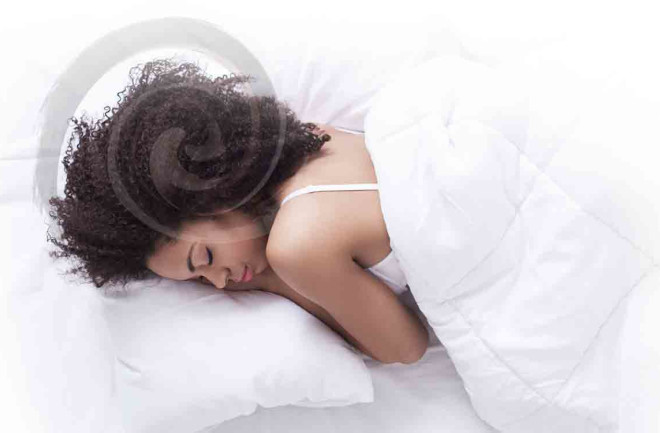 In 1952, when medical student William Dement started measuring brain waves and eye movements of slumbering volunteers at the University of Chicago, the world still held two deep-seated assumptions about sleep: It was a passive state — merely the absence of wakefulness — and if you had trouble sleeping, the cause was probably worry.

Researchers have since identified up to 88 distinct sleep disorders. They range from REM sleep behavior disorder — a dangerous condition in which people physically act out their dreams — to fatal familial insomnia, a rare neurodegenerative disease in which patients die from lack of sleep.

Psychological factors clearly play a role in some disorders, but recent studies reveal other culprits. Nighttime exposure to glowing e-screens and LED lights can swiftly switch off production of sleep-inducing melatonin and throw off our circadian rhythm, or internal clock. Obstructive sleep apnea — a skyrocketing condition in which the airway collapses, choking off breath and prompting periodic awakenings — has been linked not just to excess weight but also to genetic factors such as a small jaw, recessed chin or Asian background.

And after decades of puzzling over what causes narcolepsy’s fits of daytime sleep and muscle paralysis, researchers suspect it’s a response to an autoimmune disease.

Far from idle time, slumber not only helps us consolidate memories, it also may flush out toxic waste from the central nervous system. Could lack of sleep today lead to dementia tomorrow? Some studies say yes. One thing is certain: It’s more critical to health than the pioneers of sleep medicine ever imagined.

The Birth of Sleep Medicine

The Sleeping Brain as a Washing Machine

New research by University of Rochester neurologist Maiken Nedergaard suggests that during sleep, brain cells shrink, expanding the space between them to allow fluids to pass through and remove toxic waste. One 2013 study showed that the extracellular space in a mouse’s brain expands by 60 percent during sleep, and clearance of amyloid plaque (one protein implicated in Alzheimer’s) spikes. In waking hours, the space shrinks, and the cleaning system slows, presumably to leave the brain with enough energy for the demands of wakefulness.

Blue Light Delays Sleep As recently as the 1980s, researchers assumed the human sleep-wake cycle was not sensitive to light, recalls Charles Czeisler, chief of the sleep and circadian disorders division at Brigham and Women’s Hospital.

“In reality, it is the most important synchronizer of human circadian rhythms.” In the ’80s, Czeisler discovered that specialized ganglion cells in the retina are finely tuned to tell the brain to cut melatonin production when they are hit by a short wavelength (around 480 nanometers) — precisely that of morning light. Unfortunately, most phone and tablet screens and LEDs emit a similar bluish wavelength, making them exponentially more potent than older yellowish-orange incandescent bulbs.

One 2014 study found sleep lab subjects who read from an iPad before bed saw nighttime melatonin levels plummet 55 percent after five days (paper book readers saw no reduction). They also took longer to fall asleep, had less REM-stage sleep and were groggy in the morning.

Narcolepsy May Be an Autoimmune Disease A July 2015 study in Science Translational Medicine lends new support to the hypothesis. Since the late 1990s, scientists have known narcoleptics lack neurons that produce neuropeptides called hypocretins, which regulate wakefulness.

Many also carry a gene variant associated with producing an overzealous immune response when exposed to pathogens. During the 2009 H1N1 flu epidemic, millions of Europeans were given the vaccine Pandemrix; 1,300 developed narcolepsy. The drugmaker discontinued it. Relying on tests that used blood from Pandemrix recipients, the study authors showed it triggered antibodies that not only attack the virus but also bind to hypocretin receptors, potentially killing them.

“There is an immunological case of mistaken identity,” explains study author Lawrence Steinman of Stanford’s Beckman Center for Molecular Medicine. Previous research suggests exposure to a virus may elicit a similar reaction in genetically predisposed people, leading to narcolepsy. One highly publicized 2013 study linking autoimmune disease and narcolepsy was retracted when its authors could not replicate it. But this new study adds to a growing body of data that further confirm the theory, says Steinman.

Dreams Can Come Alive When most people enter the dream-filled REM stage of sleep, their brain mercifully paralyzes most muscles. But for those with REM sleep behavior disorder, abnormal activity in the brain stem prompts the system to break down.

First identified in the 1980s by Minnesota sleep researchers, the disorder prompts patients to act out their dreams, sometimes severely injuring themselves or others. According to a 2015 review in JAMA Neurology, 0.5 percent of people have the disorder. Interestingly, half develop Parkinson’s disease or related neurodegenerative disorders within a decade of onset, and 80 to 90 percent go on to develop it in their lifetime. “It is the canary in the coal mine,” says review author Michael Howell of the University of Minnesota. He hopes to follow those with the disorder to better understand Parkinson’s.

NASA is using this module to test the advantages of light-emitting diode (LED) lighting systems within the space station. | NASA

Smart lights: In October 2016, the International Space Station plans to replace its fluorescent lightbulbs with new lamps that emit blue light by day, and by night, emit longer wavelengths, which are less disruptive to sleep.

A new sleeping pill: In 2014, the FDA approved suvorexant, which blocks the alertness-modulating molecule hypocretin — the very compound that narcoleptics lack. “It is essentially giving you a mini-version of narcolepsy at night,” says specialist Rafael Pelayo.

An alternative to CPAP: Despite smaller, lighter and quieter designs, as many as half of patients prescribed a continuous positive airway pressure (CPAP) device to control sleep apnea stop using it within a year. In 2014, scientists rolled out a hypoglossal nerve stimulator, a small pacemaker-like device implanted in the chest that monitors breathing and, when necessary, synchronizes it with the tongue to prevent airway collapse.

Obstructive sleep apnea was first referenced in 1836 in Charles Dickens’ Posthumous Papers of the Pickwick Club, which told of a child, Joe the Fat Boy, who snored at night and was sleepy all day, explains Stanford sleep specialist and historian Rafael Pelayo. Today, it’s estimated that 13 percent of men and 6 percent of women have obstructive sleep apnea, up sharply from decades past, even among those of normal weight. “We see a ton of thin people with it too,” says Pelayo.

[This article originally appeared in print as "Sleep Disorders."]