Elephants Rarely Get Cancer, Now We Know Why 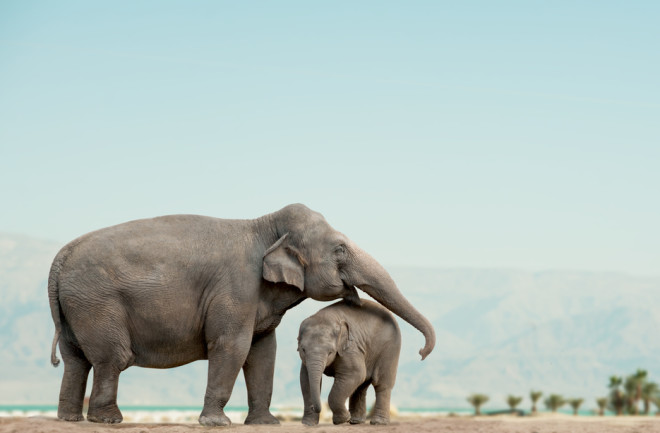 Could a cure for cancer be hiding in the elephant’s genetic code?

The massive mammals have a much lower incidence of cancer than one would expect, given their size and long life span. It’s a phenomenon popularized by Oxford University epidemiologist Richard Peto, called Peto’s paradox, that larger animals have lower incidences of cancer, despite having exponentially more cells with the potential to mutate. Now, researchers believe they know why, and it could reap dividends for humans.

“Elephants are 100 times the size of people,” says senior co-author Dr. Joshua Schiffman. “They should all be dropping dead of cancer and going extinct. But they have less cancer.”

Researchers at Huntsman Cancer Institute at the University of Utah and Arizona State University, with help from zoos and the circus, spent several years looking into what protections elephants have against developing the disease. Schiffman is a pediatric oncologist, professor of pediatrics at the University of Utah and an investigator at the university’s Huntsman Cancer Institute. He works with patients who have familial cancers, particularly those with Li-Fraumeni Syndrome.

Most people have two copies of a gene that codes for p53 – a protein Schiffman calls the “guardian of the genome.” People with Li-Fraumeni, a hereditary cancer predisposition syndrome, have only one working copy to code for the superhero protein that can jump in to repair damage or kill off a cell on its way to becoming cancerous. Without that genomic guardian swooping in to save the day, Schiffman said, people with Li-Fraumeni Syndrome have a nearly 100 percent risk of developing cancer in their lifetime.

Elephants have 40 copies of the gene that makes p53: two normal ones, Schiffman said, and 38 with some variation that over millennia were inserted and remained in the animals’ DNA. He and senior co-author Carlo Maley, an evolutionary biologist at Arizona State University, theorized that elephants’ p53 would repair cells at a higher rate than in humans.

But that’s not what they found.

“We looked closely at our results,” says Schiffman “What we saw astounded us but made a lot of sense.”

The repair rate was similar, but in elephants, the genome guardian ramped up its other method of attack: cell death. For the elephant, Schiffman said, “it is so important that we don’t develop cancer that, instead of trying to fix it, where cells might go on to divide and turn into cancer, we need the ultimate protection – getting rid of the damaged cell completely.”

Schiffman and his team published their results Thursday in the Journal of the American Medical Association.

The next step was to see if the p53 could help across species. Mouse cells given extra copies of the p53 gene seemed to develop some cancer resistance, he said. In the lab now, Schiffman said, they are taking elephant p53 and putting it into Li-Fraumeni cells to see what happens.

“We’re trying to be pioneers, to use these discoveries to do precision medicine,” says Schiffman.

He believes there could be a drug that could mimic the effect of p53, or a way to deliver these genes to people at risk of developing cancer, or who already have it to treat or cure the disease. He hopes to have a clinical trial within the next three to five years. The work has already given him a new tool when he talks with his patients.

“When I have a patient in front of me diagnosed with the syndrome, they will almost certainly get cancer,” he said. “But in that moment I’m able to tell them elephants don’t get cancer and we are working with the zoo and the circus to learn from elephants so one day you never have to get cancer.”

Then, he said, the children start smiling and laughing, and talking about how they want to go to the zoo.

“We’re putting all our efforts on this,” he said. “One child with cancer is one child too many.”