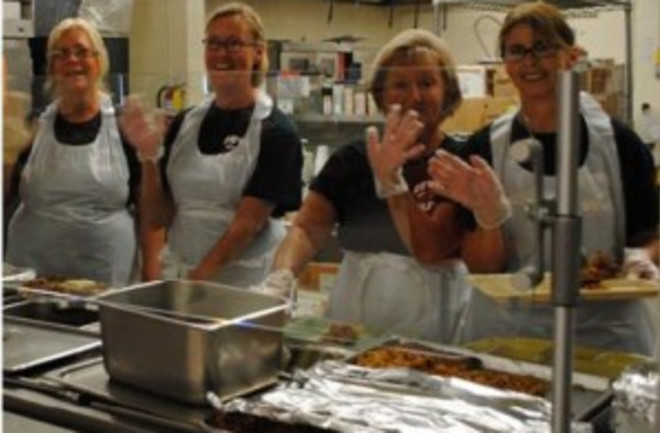 Photo: flickr/USDAgovLike real estate, when it comes to eating, it's all about location. In this study, the authors tested whether the "acceptability" ratings of pre-prepared food would vary when the food was served in different locations (restaurant, laboratory, cafeteria). Not surprisingly, the food in the restaurant was rated highest; however, more surprisingly, the food served in the cafeteria was rated lowest, even below the food in the laboratory (although the laboratory food was free, and as all grad students know, free food is good food). Perhaps the participants were still scarred after all of those bad school cafeteria meals?Demonstrations of the influence of the eating environment on food acceptance. "In two independent demonstrations, pre-prepared food was served in different environments: first, identical prepared meals were served in both a training restaurant and in a student cafeteria; second, a prepared main dish was served in a food science laboratory class, and as part of an entire meal in two student cafeterias and in a training restaurant. In the training restaurants and in the student cafeterias, people selected and paid for their meals. The acceptability ratings of the food served varied across the three different environments in the following order: restaurant>laboratory>cafeteria. Differences in acceptance were attributed to contextual effects and the expectations they produce, actual product differences, and a number of possible covariates. Ratings of sensory attributes tended to mirror the acceptability effects. The difficulty of comparing contexts within actual food service systems is discussed."

NCBI ROFL: Do nachos count as a meal? Depends on which college student you ask.