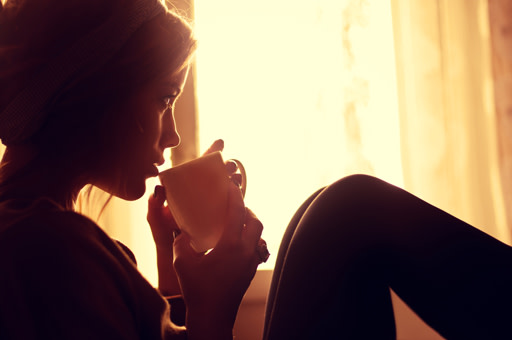 If the early bird gets the worm, what does the night owl get? According to a recent study, "sleep disturbances, vulnerability to depression and higher consumption of nicotine and alcohol." The study is the first to hint at what brain differences might underlie a person's so-called chronotype---their natural tendencies toward sleeping and waking. Chronotypes fall into three categories---early, late or intermediate. About 10 percent of people have early chronotypes; 20 percent are naturally late risers, and the rest fall somewhere in the middle. But chronotypes indicate more than just when a person rolls out of bed. Studies have shown chronotype-related differences in hormones, lifestyles and brain functions between individuals. But are there differences in the brains themselves? To find out, researchers in Germany hooked up 16 early birds, 23 night owls and 20 middle-of-the-roaders to a diffusion MRI machine to see what was going on inside their heads. Turns out the night owls' white matter was in worse condition than their earlier-rising counterparts, especially in areas associated with sadness and depression, according to the results published in Science Direct. One of the researchers told New Scientist,

"We think this could be caused by the fact that late chronotypes suffer from this permanent jet lag."

The misery of jet lag without the joy of travel? Sounds like a pretty bad deal. But identifying the brain mechanism responsible may help scientists understand, at a molecular level, what makes mornings so miserable for some---and midnights abhorrent for others---and therefore find ways for us to behaviorally or chemically make our days a little better. Image credit: Aleshyn_Andrei/Shutterstock