Drink Too Much? It Depends on Where You Live 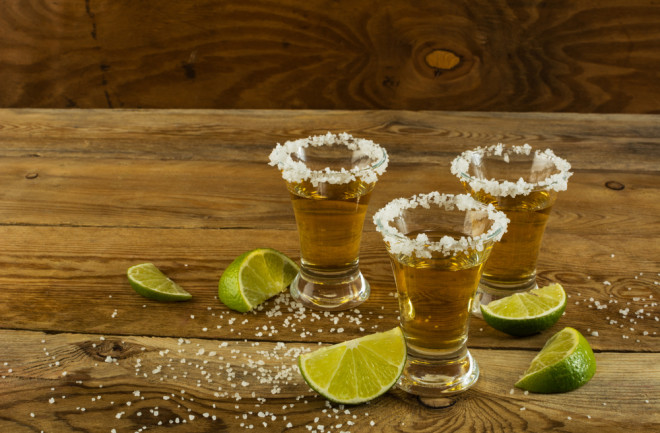 One drink, two drinks, half a drink? Who knows. (Credit: TasiPas/Shutterstock) Alcohol can be a wonderful thing. It can also be a very bad thing, and the line between the two is, well, blurry. Knowing when enough is enough is something of an art, but establishing where to draw the line is made more difficult due to the myriad intoxicants at our disposal. And, as a new study shows, the official guidelines for what actually constitutes an alcoholic drink, which should presumably provide sober advice on our drinking habits, aren't much help either.

How Many Drinks in a Drink

In a study of 75 countries, a researcher from the Stanford School of Medicine found that only half of the countries surveyed even defined what a "standard drink" was. Those that did offer a baseline for drink size varied widely, from 8 grams of pure alcohol per serving in Iceland and the United Kingdom, to an astonishing 20 grams per serving in Austria — prost!

Governmental standard drink definitions in grams of pure ethanol per drink. See the full list online in the journal Addiction. (Credit: shot glass, Mariyana M/Shutterstock) The United States is also among the more generous countries, with one drink equal to 14 grams of alcohol, or one 1.5-ounce shot of 80 proof liquor. Most countries adhered to the World Health Organization's definition of a standard drink, which is 10 grams, but disagreed on other measures, like how many drinks people should have, or if men and women should drink different amounts. Researchers published the results of their study Tuesday in the journal Addiction.

The patchwork of recommendations for drinking presents an important problem for public health officials. Without a clear consensus on how much people should drink, outside of reiterating that all drinking is to some degree harmful, there is no easy way to empirically say how much is too much. In addition to disagreement over what a drink is, countries also seem to disagree over how many of their differently-sized drinks their citizens should have. While most agree that one drink a day is all a person needs, other countries, such as Chile and the U.S., allow citizens to consume up to four drinks a day and still be considered low-risk drinkers. Other countries, like Bulgaria and Mexico, don't even give guidelines for the safe consumption of alcohol, defining a standard drink size, but declining to tell people how many of them they should drink. Differences in average drink size for men and women seems to be another point of confusion — in some countries the size of an average drink for men is double that of women, while in others, like Australia, the sizes were equal. In Austria, health officials even suggest that women should have only 16 grams of alcohol a day, 4 grams less than their standard drink size. A few countries also gave people bonus drinks on holidays, raising the definition of a standard drink for "special occasions," although that definition may be up in the air too. Does getting off of work count as a "special occasion?"

Where Does it Come From?

The origins of a standard drink are unclear, but, in the U.S., it seems to be tied to the size of a shot — roughly 14 grams of 80-proof booze. How the size of a standard shot was established is unknown. Someplaces haveattempted to tie the size of a drink to the rate at which the body metabolizes alcohol, assuming a rate of around one standard drink an hour. Setting a standard for alcohol metabolization is equally problematic though, as factors such as age, weight and genetics factor into the process of filtering alcohol out of your body. In other words, defining a "standard drink size" is a somewhat futile task. Such ill-defined limits open the question to any number of philosophical questions best debated after a few rounds at the pub: Just what is a drink anyway? Why do we drink? In the end, we may all just be stumbling around in the dark when it comes to talking about our drinking habits. And after all this work establishing the standard drink, will it make a difference? Probably not. The researchers conclude their paper by saying: "...there is no robust evidence that the general population changes its level of alcohol consumption in response to governments defining standard drinks and publishing low-risk drinking guidelines." It's enough to drive anyone to drink.