Evidence suggests that humans' sleep was once disjointed, but researchers can't quite figure out why. 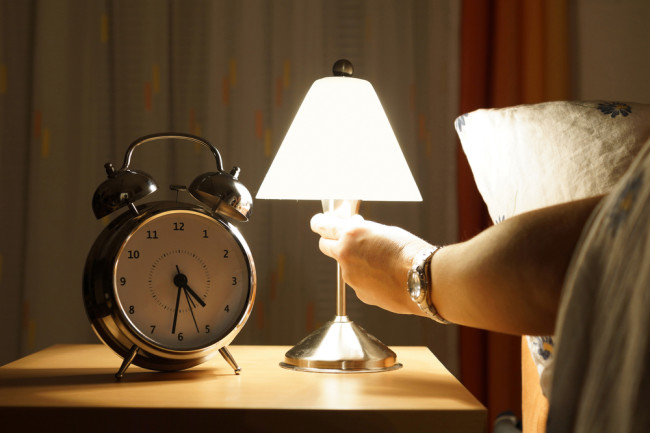 The current sleep guidelines by the National Sleep Foundation recommends that the average adult get seven to nine hours of sleep each night. For us modern sleepers, it's normal to assume we'd need to get those z’s all in one uninterrupted snooze.

But for humans living in the pre-industrial era, sleep was an entirely different affair.

Writing in a 2001 paper, historian Roger Ekirch proposed that, “until the modern era, up to an hour or more of quiet wakefulness midway through the night interrupted the rest of most Western Europeans.”

During those waking moments between sleeps, a whole mini-day could commence: “families rose from their beds to urinate, smoke tobacco, and even visit close neighbors. Remaining abed, many persons also made love, prayed, and, most important, reflected on the dreams that typically preceded waking from their ‘first sleep.’”

In other words, segmented (or biphasic) sleep used to be the norm. Getting all our sleep in one go is a relatively recent trend.

The History of Sleep

Ekirch based his conclusions from a variety of sources — diaries, depositions, literature — to piece together how humans living before the 18th century slept.

Combing through documents spanning two thousand years, Ekirch found that the initial sleep segment was often referred to as the “first sleep” in English, with similar references in Italian (primo sonno), French (premier sommeil), and Latin (primo somno). The second period of slumber was referred to as the “second” or “morning” sleep, with both phases lasting about the same amount of time.

If segmented sleep were the norm, why are we now getting, or, at least trying to get, one uninterrupted block of sleep?

It may be that modern life — with our well-lit rooms, temperature-controlled homes and sound-attenuating walls — disconnects our sleep from the natural daily and seasonal rhythms that earlier societies may have had more direct access too.

Indeed, artificial lighting is well-known for disrupting our sleep and our brain’s internal clock, or circadian rhythm. Ambient temperature can also affect how we sleep. From these observations, some researchers theorize that the conveniences of contemporary, industrialized living have disrupted our natural sleep rhythms.

But what evidence is there that segmented sleep is the natural way? Aside from Ekirch’s historical evidence, researchers have tried a variety of methods to describe what so-called natural human sleep looks like. Anthropologists and ethnographers have also reported that non-Western cultures without exposure to artificial light in the late 19th and early 20th century still experienced “first” and “second” sleep phases.

In one experiment, psychiatrist Thomas Wehr deprived human subjects of artificial light at night for several weeks and found that their sleep became biphasic and “divided into (usually) two bouts, several hours in duration, with a 1-3 hour waking interval between them,” he wrote.

Taking advantage of modern-day technology — such as wrist-worn devices that measure activity, like a Fitbit — other researchers have turned to monitoring the sleep patterns of modern-day hunter-gatherers and farmers living without electricity, which may provide clues to how sleep looked without artificial lights as well as possible differences across cultures.

The results of those studies, so far, have been mixed. A 2015 study of three equatorial foraging societies in Tanzania, Namibia and Bolivia found people in each location had similar sleep patterns characterized by one long bout of sleep — and no evidence of segmented sleep. The authors of this study argue that, due to the geographic isolation of each group, “the observed patterns are not unique to their particular environmental or cultural conditions but rather are central to the physiology of humans” who currently live where our species originally evolved.

Another study published in 2019 compared the sleep patterns of Tanna Island subsistence farmers in Indigenous villages with and without electric lighting in the South Pacific island nation of Vanuatu. The researchers found that, while artificial evening light delayed and shortened sleep, the indigenous residents of Tanna Island largely had monophasic, uninterrupted sleep; only 14 percent of the 519 recorded nights had a bout of nocturnal waking, which the researchers interpreted as not fitting the concept of consistent first and second sleep.

The differences in the propensity of historical accounts of segmented sleep and the mixed evidence for it in contemporary societies without artificial lighting is not clear, but could be due to differences in temperature, daylight length, and lifestyle. Whether segmented sleep is the most natural way to sleep remains an open question that cannot yet be put to rest.