Dogs can tell if human faces are happy or angry. 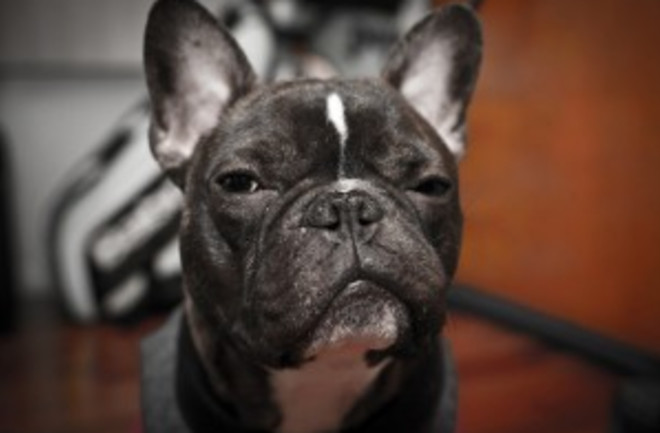 Some dog owners swear that they can tell whether their dog is happy or sad by the expression on the pooch's face. But how about the reverse -- can dogs tell whether their owner is happy or sad just by their facial expression? According to this study, the answer is yes: in a series of experiments, dogs were able to distinguish between photos of happy and angry humans, even when the pups had never seen the photo before. This is actually the first study to demonstrate that an animal can distinguish between emotional expressions of a different species; the authors propose that dogs developed this special skill during the domestication process. We think it probably helps them know when to look guilty as well.

Dogs Can Discriminate Emotional Expressions of Human Faces "The question of whether animals have emotions and respond to the emotional expressions of others has become a focus of research in the last decade [ 1–9 ]. However, to date, no study has convincingly shown that animals discriminate between emotional expressions of heterospecifics, excluding the possibility that they respond to simple cues. Here, we show that dogs use the emotion of a heterospecific as a discriminative cue. After learning to discriminate between happy and angry human faces in 15 picture pairs, whereby for one group only the upper halves of the faces were shown and for the other group only the lower halves of the faces were shown, dogs were tested with four types of probe trials: (1) the same half of the faces as in the training but of novel faces, (2) the other half of the faces used in training, (3) the other half of novel faces, and (4) the left half of the faces used in training. We found that dogs for which the happy faces were rewarded learned the discrimination more quickly than dogs for which the angry faces were rewarded. This would be predicted if the dogs recognized an angry face as an aversive stimulus. Furthermore, the dogs performed significantly above chance level in all four probe conditions and thus transferred the training contingency to novel stimuli that shared with the training set only the emotional expression as a distinguishing feature. We conclude that the dogs used their memories of real emotional human faces to accomplish the discrimination task." Related content: Shut up and pet me! Dogs prefer petting to vocal praise.Yes, dogs really can feel jealous.Service dogs don’t understand that their owners are blind.