Do Women Prefer a Scarred Face? Yes, But Not for Long. 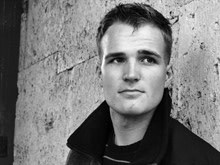 What do John McCain, Seal, and Harry Potter have in common?Facial scars and, according to a new study, an advantage in attracting women—but only for a fling.Researchers from the University of Liverpool report that women prefer men with facial scars as short-term partners over men without facial scars.For long-term relationships, however, scars don’t make a difference.

The researchers came to this conclusion after showing 147 women images of men’s faces with mild scarring or without, and asking the women to rate the men as potential short-term or long-term mates. Previous research has shown that women prefer men with square jaws and well-defined brow ridges for short-term mates and more feminine facial features for long-term mates.The researchers offer an explanation for their new results in the press release:

"Women may have rated scarring as an attractive quality for short-term relationships because they found it be a symbol of masculinity, a feature that is linked to high testosterone levels and an indicator of good genetic qualities that can be passed on to offspring. Men without scars, however, could be seen as more caring and therefore more suitable for long-term relationships.”

The most bizarre part of this study is the researchers’ professed surprise at these results—they had assumed that facial scarring was only an attractive feature in non-Western cultures.“The results demonstrate that we may have more in common with non-Western cultures than previously thought,” said researcher Rob Buriss.

Buriss thinks the stories behind the scars may also influence how they affect a man’s attractiveness.Scars from chickenpox, for example, may not stir the same emotions as scars from combat.He is conducting an online study with images of scarred faces labeled with their supposed origin (accident or violence). You can participate here